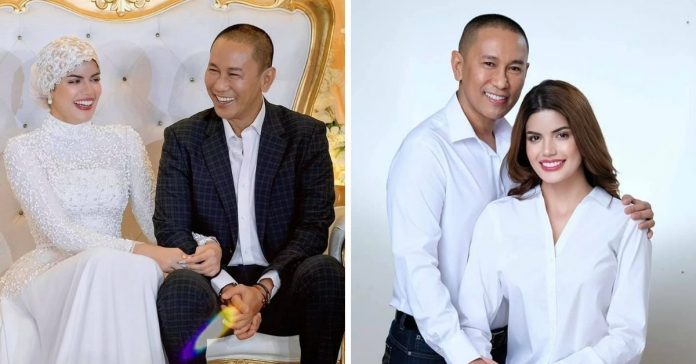 Sharifa, who’s entering politics for the first time, recently wrote in a Facebook post: “IT’S ALWAYS THE RIGHT TIME WHEN IT COMES TO RENDERING PUBLIC SERVICE.

“With same conviction, purpose and enthusiasm, we are now making our own way to start for a change,” she added.

In an interview with ABS-CBN News, Sharifa shared why she decided to run for a high government post even if she’s just a newbie in the politics.

Sharifa also said that her experience as a beauty queen would be of help doing public service.

“Kasi kaming mga beauty queen, we’ve already had our own advocacy also and that is to serve and help people. So this time, sabi ko, 24 na ako so if I won’t leave pageantry, I won’t grow as a woman,” added Sharifa.

“Yes, my wife has my 100 percent support in her upcoming political bid,” he said.