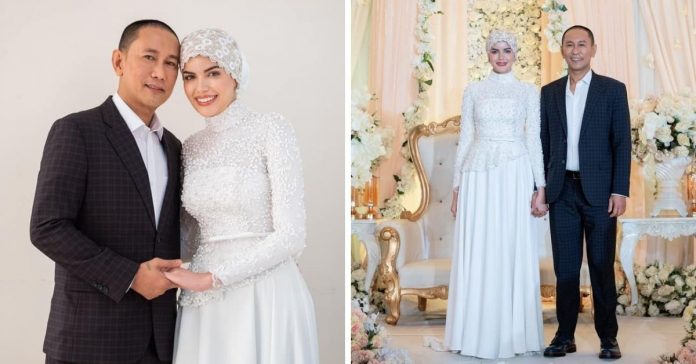 Sharifa Akeel on wedding to Toto Mangudadatu: ‘Fate wanted us to be together’

The couple tied the knot in an Islam ceremony held at the Ar Nor Hotel and Convention Center in Cotabato City on Wednesday, Aug. 25.

Sharing photos from the nuptials on social media, Sharifa looked back at how her relationship with the politician has not been a smooth-sailing one.

“When I realized and then accepted that, love and happiness filled my life, and I realized that YOU, who has been there for the past 6 years, was all that I was missing,” she continued.

Sharifa related that she was 18 years old when Toto came into her life and started courting her, but she said she refused him at that time.

Toto, however, was persistent in his efforts in showing his unconditional love for her.

“Hindi sya tumigil ng pagpapakita ng love niya saakin. He has been there for me without asking for anything in return. I did not return his affection then,” said the beauty queen.

Sharifa went on to say that they wouldn’t be where they are now if Toto had not patiently waited for her through the years.

“I am excited to take on this new adventure, this new phase in my life, because I will be going on it with you, Husband,” she added.

Sharifa and Toto’s relationship previously drew controversy after the latter’s ex-wife accused the beauty queen of having an affair with the politician.

Sharifa, however denied such allegations and dareed the woman to sue and take her to court if there’s evidence.