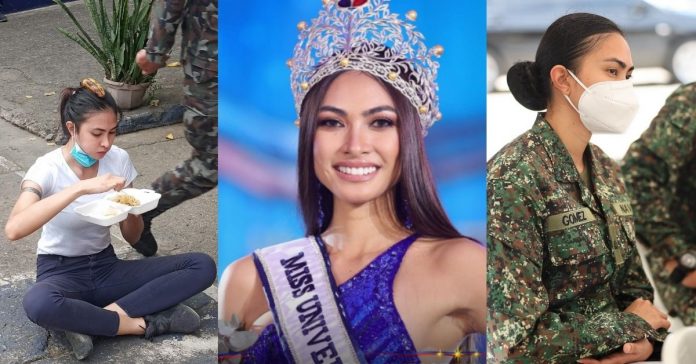 On Friday, AFP sent its well wishes to the Cebuana beauty, who is a reserve marine corporal assigned at the Naval Reserve Center in Eastern Visayas.

“The Armed Forces of the Philippines congratulates Reserve Marine Corporal Beatrice Luigi Gomez for being crowned as the 2021 Miss Universe Philippines,” AFP wrote in a facebook post.

The Naval Reserve Center-Eastern Visayas also extended its greeting to Bea, sharing photos of the beauty queen from her training days as a reservist.

“She is the epitome of beauty and grace and patriotism. We join the Filipino people in wishing her success as she represents the country in the Miss Universe pageant in Israel in December,” read the Naval Reserve Center Eastern-Visayas’s Facebook post.