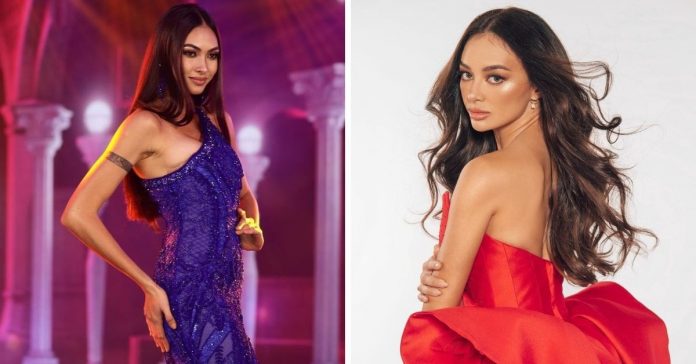 As the coronation night took place on Thursday night, some pageant fans couldn’t help but notice that Bea reminded them of Kylie, from the looks to the vibe.

In her Instagram stories, Kylie reposted netizens’ reactions to Bea’s win, with some tagging and even playfully congratulating the former.

Kylie, who brought home the country’s sixth Miss International crown in 2016, sent her congratulations to Bea with a comment on the amount of mentions she received.

The beauty-queen-turned actress later posted photos of her side by side with those of Bea, and admitted to somehow seeing herself in the Cebuana beauty queen.

“Wait, so ako nga ‘yung nanalo?”, she wrote in a tweet alongside a photo of Bea in her blue gown by Dubai-based Filipino fashion designer Furne One Amato.

Bea, who is a Marine Reservist and a proud member of the LGBTQI+ community, is set to compete at the Miss Universe 2021 pageant in Israel December this year.