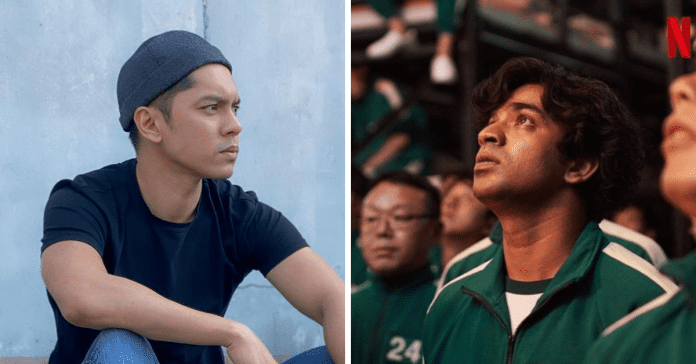 The Kapamilya actor recently expressed his regret over missing the chance to play a role in the survival-themed Korean drama by sharing a photo of the handwritten note he received from Squid Game director Hwang Dong Hyuk back in June 2020.

In an interview with Star Magic Inside News, Carlo revealed that director Hwang offered him to audition for the role of Ali after seeing him act in the 2019 film Isa Pa With Feelings.

“Siyempre gawin ko ‘yan talaga, sayang naman yun,” Carlo recalled his reaction to the offer and back-read the emails sent to his handler about the 37-day shoot for the series.

But due to the travel restrictions amid the COVID-19 pandemic, Carlo didn’t manage to push through with the filming and eventually set aside his script for Squid Game.

Squid Game revolves around the story of 456 cash-strapped individuals who signed up to play a series of “twisted” children’s games in hopes of winning the 45.6 billion won prize money.

The series, which became available on Netflix on September 17, became a hit and has recently topped the giant streaming platform’s global chart.

Upon watching the series, Carlo felt familiarity with Ali’s lines and was reminded of the time he auditioned for the role.

Carlo went on to share his thoughts about what could have been if he made it to the series.

He might have regrets over missing his chance to star in Squid Game, but Carlo is determined more than ever to learn the Korean language, in case he gets a chance to be part of a Korean series.