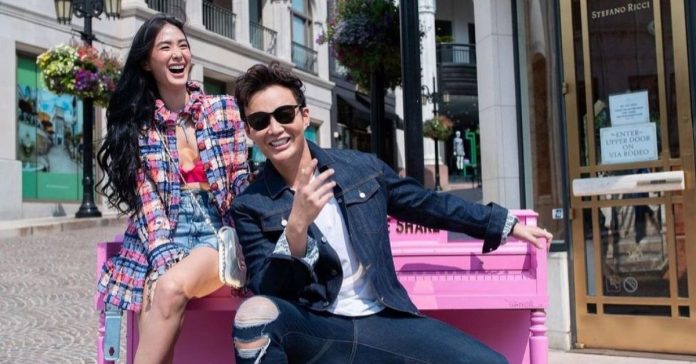 Bling Empire star Kane Lim is just as excited as we are to spot our very own Heart Evangelista on the hit American reality show.

On social media, the Singaporean reality star asked his fans if they would like to see the actress make an appearance on the series.

“I hope to visit the Philippines. Would you guys like Heart to make an appearance on Bling Empire?” he wrote on the caption of his post.

In his post, Kane featured the moments from his and Heart’s shopping day at Beverly Hills.

Bling Empire is a hit reality series focusing on the lives of wealthy Asian-Americans in Los Angeles, California.

It was weeks ago when the Kapuso actress was featured on Hollywood tabloid TMZ.

When asked if she’s joining the Bling Empire crew on its second season, Heart teased with a vague answer.

“Well, whatever it is, it’s for the Filipinos,” she said.

LOOK: Heart Evangelista gets new features for her dainty tattoo

Heart Evangelista answers TMZ’s question on her rumored participation in...