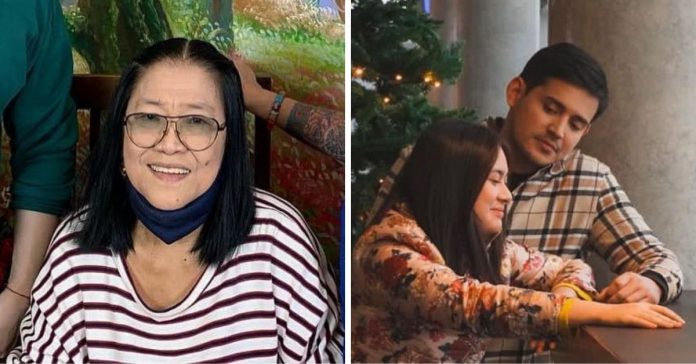 Veteran entertainment columnist Lolit Solis believes this is the reason why her talent Paolo Contis reached out to Yen Santos first instead of her, amid his controversial breakup with LJ Reyes.

Lolit was then asked by co-host Mr. Fu then asked if she believes that Paolo, 37 and Yen, 28, who were co-stars in Netflix film A Faraway Land, are just friends or much more than that.

“Sobrang friend,” said Lolit, revealing that she tried reaching out to Paolo when the controversy broke out, but to no avail.

Paolo previously addressed speculations that emerged after LJ spoke up about their “painful and difficult” breakup.

The Kapuso actor confirmed it was Yen who was with him in a viral video where they were spotted hanging out in Baguio amid the controversies.

“When LJ left for the States with the kids, I went to Baguio for 3 days dahil ayaw ko sa Manila at gusto kong makapag isip isip. Naging insensitive ako about the possible effects nung issue and I invited Yen for a day para may makausap since malapit lang siya sa North din,” Paolo explained in a lengthy Instagram post on September 8.

He added, “She went there as a friend. Hindi ko naisip na madadamay siya ng ganito. I’m sorry for this.”

RELATED: Paolo Contis’ statement he met Yen Santos in Baguio only ‘for a day’ refuted

He, however, denied Yen being the third party in his split with LJ.