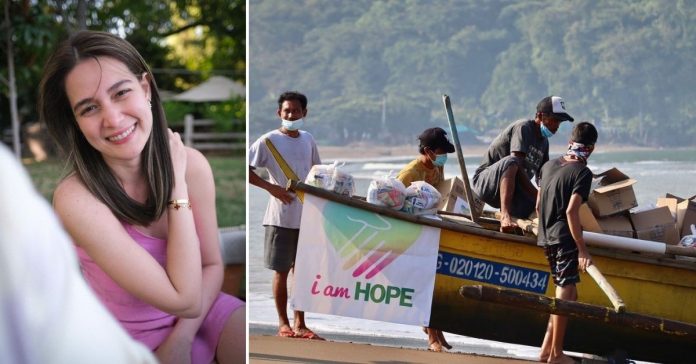 Just a week after Typhoon Jolina hit the country, Bea Alonzo’s I Am Hope charity organization travelled all they way to Batangas to distribute relief packs.

In a social media post, she shared that their group was able to give out 1,600 relief packs to the displaced residents and victims of the typhoon.

“@iamhope_org voyaged to transport relief goods to displaces residents and victims of the recent typhoon Jolina in Brgy Calayo Batangas. 1,600 relief packs were distributed,” she wrote in the caption.

In the photos, the actress featured the recipients of their charity’s initiative.

The organization founded by Bea and Rina Navarro started out as a project for medical frontliners that turned into a full-fledged charity organization.

They celebrated their group’s anniversary on March 9.

‘Your body, your rules’: A quote best lived by some...

Bea Alonzo has sweet and simple birthday celebration with Dominic...