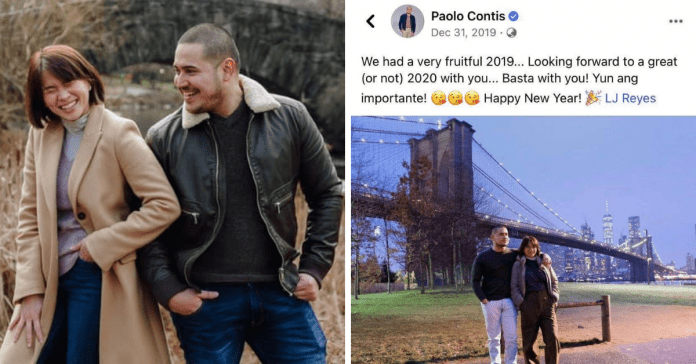 Old social media posts of Paolo Contis about LJ Reyes have resurfaced after netizens looked back at how Paolo used to publicly express his love for her.

Following LJ’s confirmation of her split with Paolo, several Facebook posts of the Kapuso actor flexing the actress online made rounds on Thursday.

RELATED: LJ Reyes has no plans to reconcile with Paolo Contis

One particular post which dated back to 2017 had Paolo telling LJ on her birthday, how he wanted to spend the rest of his life with her.

Netizens also revisited a Facebook user’s post gushing over Paolo’s “sweetness” to LJ, several years after, amid the breakup controversy.

LJ recently opened up more about her split with Paolo in an interview with TV host Boy Abunda, describing it as a “so difficult” and “painful” breakup.

The Kapuso actress, along with her two children Aki and Summer, flew to New York late August “to help ourselves emotionally and mentally recover and rebuild as a small family”.

RELATED: LJ Reyes recounts what her son Aki said amid her breakup with Paolo Contis