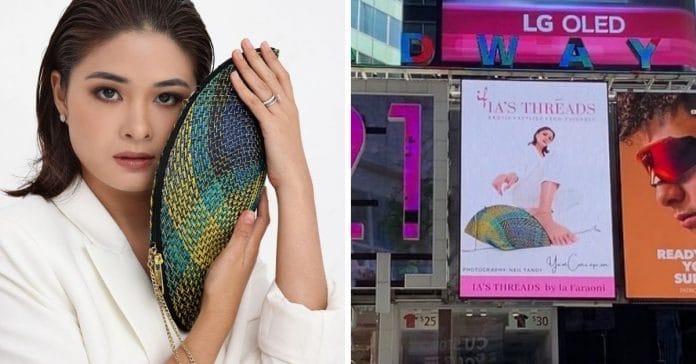 Yam Concepcion has made it to the iconic Times Square in New York.

“One of the hottest movie and television actresses in the Philippines @yamconcepcion electrified Times Square with two digital billboard appearances,” wrote IA on its Instagram page.

Yam both had a solo photograph, and another snap with John Wick 3 actor Sergio Delavicci, showcasing the Philippine-made bags.

In her own Instagram account, the Init sa Magdamag actress, also shared photos of her along with the creative team witnessing the billboard ad themselves.

“It’s finally up on the Times Square Congratulations team!!,” gushed Yam in the caption.