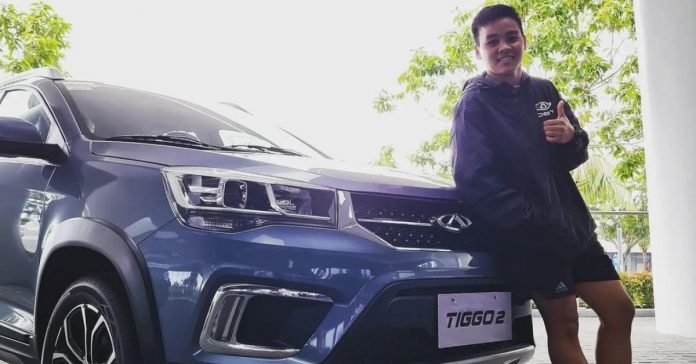 Olympic silver medalist Nesthy Petacio is a now a proud owner to her first car.

On social media, the boxer struck a pose with her new car that she aptly named “McQueen”.

The brand-new car is part of the incentives she received for winning the country a silver medal in the 2020 Tokyo Olympics for women’s boxing.

The blue sports utility vehicle (SUV) was given to her by Chery on August 18. Olympic gold medalist Hidilyn Diaz and bronze medalist Carlo Paalam also received brand-new vehicles as one of their incentives.