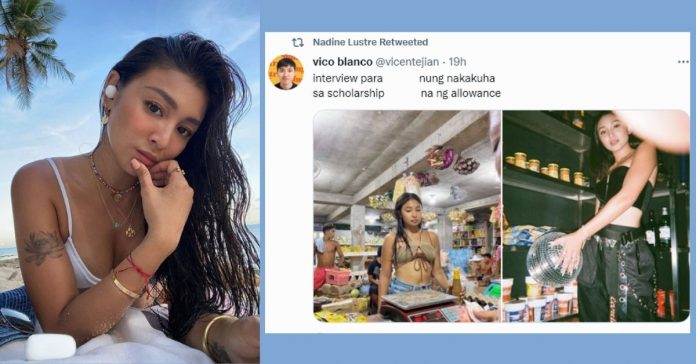 Nadine Lustre has ended the ulam guessing game on the viral photo where she was spotted buying lechon sauce at a sari-sari store in General Luna, Surigao del Norte.

The internet recently went into a frenzy after a photo of the makeup-free actress wearing a bikini top and denim shorts while holding a bottle of a popular condiment, was shared on social media by a star-struck fan.

While fans gushed over Nadine’s barefaced beauty, others made guesses on what dish she would be using the sauce for.

Nadine then made the “ulam reveal” herself in a tweet on Thursday.

Nadine has also been retweeting hilarious memes of her viral photo.

Check out some of them below.