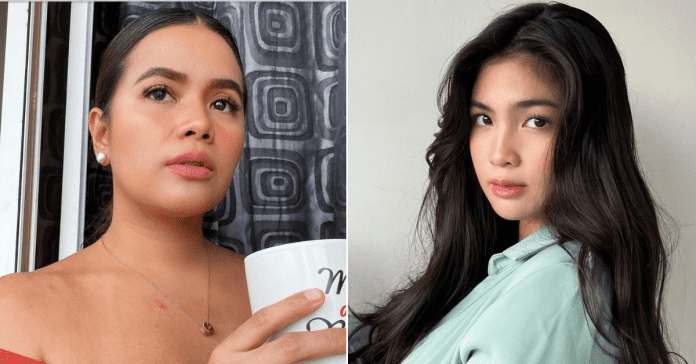 Heaven Peralejo’s mom Shiela Luanne Peralejo has called out DJ Chacha over her cryptic post about stealing someone else’s partner.

A week ago, DJ Chacha tweeted a reminder to not make it a habit to get into other people’s relationships.

The said tweet was posted amid Heaven and Kiko Estrada’s confirmation of their relationship to the public via Instagram.

RELATED: Heaven Peralejo, Kiko Estrada publicly express their love for each other

While there was no name mentioned in DJ Chacha’s tweet, some netizens were quick to tag Heaven and Julia Barretto who both have been involved in third party allegations.

Fans of Heaven, on the other hand, came to the defense of the actress in the comments section of DJ Cha Cha’s post.

DJ Chacha then asked netizens in subsequent post not to easily make assumptions on who she was referring to in her tweet.

Heaven’s mom, however, in a tweet on Thursday took a swipe at DJ Chacha and challenged her to drop names in her tweet.

To recall, Heaven was tagged as the cause of the breakup between Kiko and ex-girlfriend Devon Seron.

Heaven and Kiko were co-stars in the Kapamilya series Bagong Umaga.

Earlier in March, Heaven denied the allegations saying it was “something I didn’t and would never do.”

The actress’ mom also spoke up against the “false and malicious” remarks against her daughter and sought a public apology.