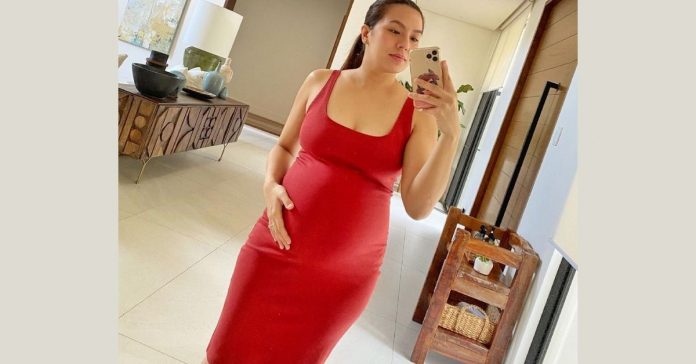 Nikki Gil just announced the gender of her new baby in the subtlest way ever.

The singer made the announcement with a photo on Instagram of her and her firstborn Finn.

Seems like the soon-to-be mom of two is making the most out of her solo time with her son.

“Enjoying my time with this boy before he becomes Manong Finn to his baby sister,” she revealed in the caption.

It was in April when Nikki happily announced that she is pregnant with her second child.

The 33-year-old shared the big news with a photo of her cradling her growing baby bump.

Nikki gave birth to her and her husband BJ Albert’s first child together in 2017.

READ: Nikki Gil is going to be a mom of two!

Nikki Gil is going to be a mom of two!