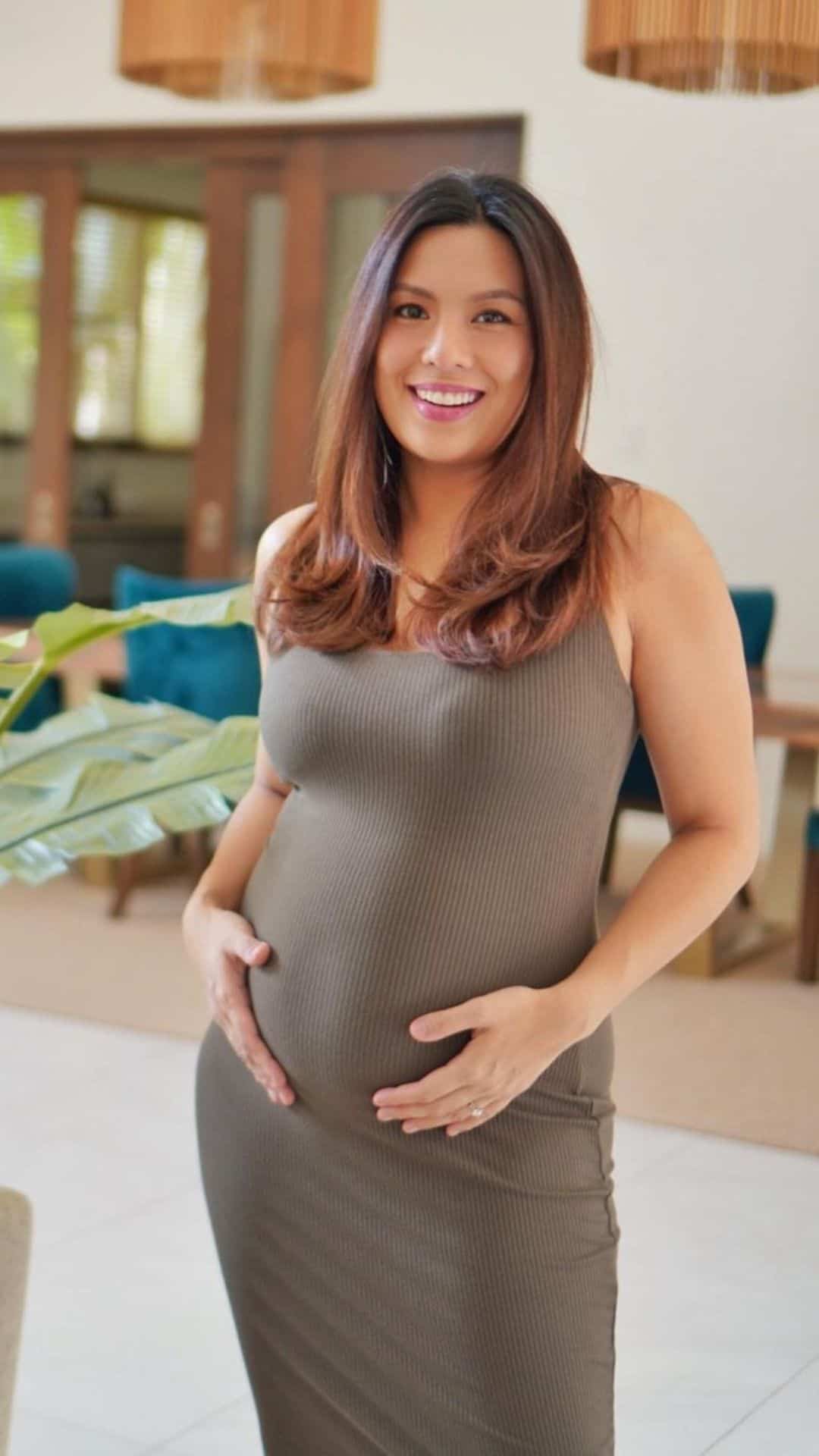 Nikki Gil is going to be a mom of two!

Nikki Gil was more than happy to announce that she is pregnant with her second child.

The singer-actress’ announcement was made on social media with a glowing photo of her cradling her baby bump.

Another photo showed off her bump, which was embraced by her firstborn Finn.

Under her post, celebrity moms such as Mariel Padilla, Marian Rivera, Andi Eigenmann, Pauleen Luna and Rica Peralejo congratulated her.

Nikki gave birth to her eldest child with her husband BJ Albert in 2017.