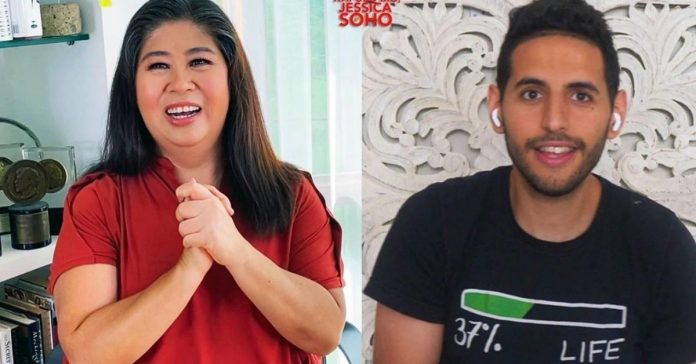 On Monday, the Kapuso news personality released a statement on the matter, sharing that the decision to pull out from Nas Academy was mutually agreed upon.

The statement read: “In light of recent events, and after our team’s series of communications with Nas Academy, we decided and mutually agreed not to pursue the Jessica Soho course.

“Nas Academy has informed us that they are working with the NCIP. We hope for the resolution of all issues raised.”

In the statement released by her management, Cornerstone Entertainment, it was indicated that their agreement is valid until the controversy has been resolved.

Food blogger Vanjo Merano, known as Panlasang Pinoy, also took to social media to share that he will no longer pursue the Panlasang Pinoy academy on Nas’ platform.

Netizens have been urging Filipino personalities to pull out from Nas Daily or Nuseir Yassi’s learning platform after Apo Whang-Od’s relative called him out for advertising the artist’s masterclass allegedly without her consent.

In response, Nas Daily issued a statement defending Whang-Od Academy as “not a scam” by showing “video proof” of the oldest-living tattoo artist giving consent by way of a fingerprint signature. The popular vlogger also said that it was temporarily taking down the course until the issue is resolved.

Amid the controversy, Nas Daily’s follower count has seen a decline. Over 200,000 of his subscribers unfollowed his Nas Daily Facebook page on August 6.

READ: Nas Daily gets over 500K unfollows on Facebook amid Whang Od controversy

As of August 8, Nas Academy in another statement said that it was pausing its operations in the Philippines to improve on its processes to collaborate with its partners.

Part of the statement read: “Sadly, some of our intentions have been misunderstood, as we can see with Whang-Od Academy. But our goal has always been to help people become teachers, with their input and consent. We are committed to working with the National Commission on Indigenous People (NCIP) to ensure that all proper processes are followed.

“Meanwhile, we will be pausing our operations in the Philippines to focus on strengthening our processes around how we collaborate with our partners. We have full respect and belief in both the Filipino people and culture, which is why we chose the Philippines as one of the first places to build Nas Academy. We will come back more energised and ready to help more inspiring people become teachers in the Philippines.”

WATCH: Catriona Gray is a stunner in Bohol

Catriona Gray shares sweet reunion with parents after more than...