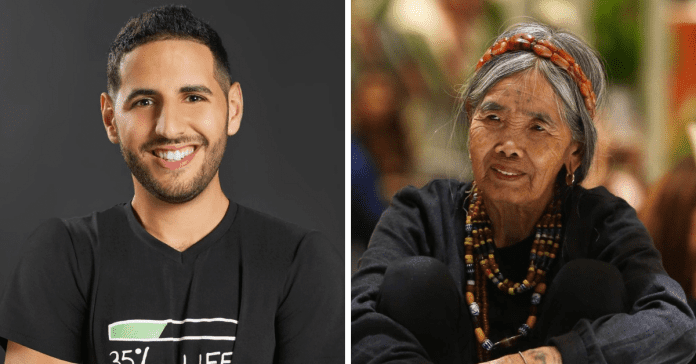 Apo Whang-Od’s relative has called out Palestinian-Israeli vlogger Nuseir Yassin, also known as Nas Daily, after the Kalinga tattoo legend was advertised to do a masterclass on his online learning platform, Nas Academy, allegedly without her consent.

“A scam,” was how Gracia Palicas described it, as she warned netizens of not signing up for the paid course about her grandmother’s ancient tattooing skills under the Whang Od Academy on Nas Academy’s website.

“WARNING!!! Whang Od Academy is a scam. My grandmother did not sign any contract with @NasDaily to do any academy. Some people are taking advantage of our culture. PLEASE HELP US STOP this disrespect to the legacy of Apo Whang Od and the Butbot Tribe,” said Gracia in a public post shared on the Tattooed by Apo Whang-Od Facebook group.

In a now-deleted Facebook post, Gracia further said that Whang-Od did not sign any contract with Nas Daily, saying that her grandmother was unaware of it as she could not understand what the translators were saying.

“Yes, we got Whang Od to teach!” he wrote about the course, Whang-Od Teaches Traditional Tattooing.

Though acknowledging the “good intentions” of the popular vlogger, Gracia went on to voice out their village’s concern on the supposed exploitation of their culture.

“Am sorry to tell you (that) she will not be joining the @nasdaily. I know you have good intentions of sharing our culture to the next generation. However, our village’s concern is that some people are profiting and (exploiting) our culture.”

As of writing, the Whang-Od masterclass has been taken down from the Nas Academy website amid backlash from netizens.