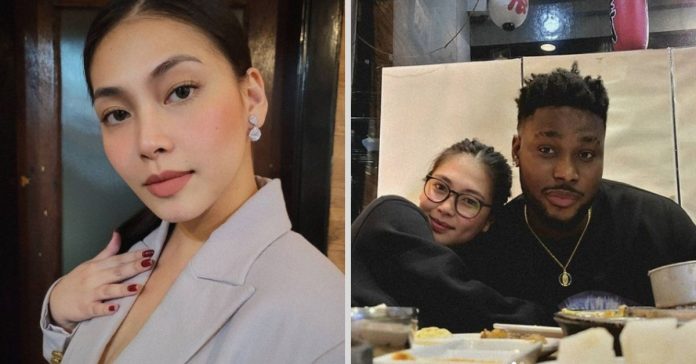 Former GirlTrends member Erin Ocampo has made her relationship with her Nigerian basketball player boyfriend public after getting dragged into Aljur Abrenica and Kylie Padilla’s breakup controversy.

The Kapuso actress recently took to Instagram to share an appreciation post for Henry Iloka who plays for the McDavid-La Salle Araneta team in the PBA D-League.

Erin expressed her thanks to Henry for bringing her happiness and security every time they are together.

“These words are not enough to let you know the immense feeling that I have for you. Ever since I have met you, I have experienced the moments of paradise. Everything is so magical,” she wrote.

She continued, “You are that one man who has brought back all the happiness and cheer of my life which I was searching for until now. In your company, I feel so blessed, secured, and happy and I wish to spend every moment with you. I am grateful for everything that we have.”

Erin’s relationship reveal came weeks after she was one of those tagged as a third-party in the controversial split of married couple Aljur and Kylie.

It was Kylie’s father, Robin Padilla, who confirmed that his daughter and son-in-law have ended their relationship due to an alleged cheating incident on Aljur’s part.