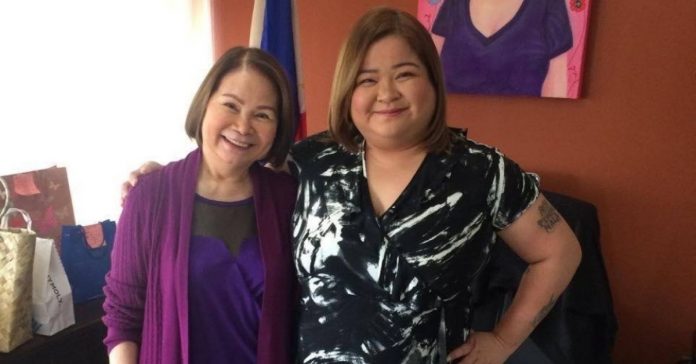 Arlene de Castro, wife of former Vice President and broadcast journalist Noli De Castro, has passed away. She was 66.

“I love you Mommy very much. Rest now Mommy,” Kat wrote as caption alongside a photo of her with her mom.

In a separate Facebook post, Kat expressed her grief over the death of her mother who died on Saturday morning.

“My mom passed away this morning. Thank you for your prayers,” she said.

She added, “I feel so down. My head hurts and my tears never seem to stop.”

In the official family statement released via ABS-CBN late Saturday, it was disclosed that she died of cardiac arrest.

“Bai Arlene Fatimah Gardner Sinsuat-De Castro, favorably known as Tita Arlene to her colleagues and numerous mentees, passed away from cardiac arrest. She was 66,” the statement read.

At ABS-CBN, the statement said, “her contributions to the lives of many include the production of innumerable news and public affairs programs on television, including the widely-followed, multi-awarded and very memorable Magandang Gabi…Bayan, which aired on ABS-CBN for many years. Her countless achievements in producing top-rating ‘info-tainment’ programs led to her appointment as ABS-CBN’s Vice President for Current Affairs, a position she held until her retirement in 2004.”

The statement also said that despite her achievements as a TV executive, she was known to be a “modest, simple but supportive better half” to the country’s former vice president.

In a separate Facebook post, Kat mentioned that they are still finalizing burial plans for her mother.

Arlene is survived by husband Noli and their three children — daughters Kat and Manueli, and son Shamier, along with their respective families.