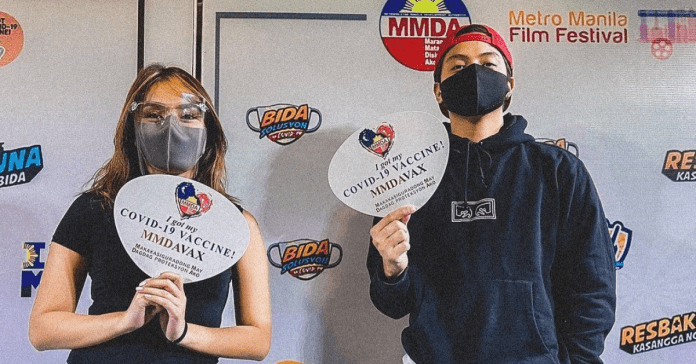 On social media, the actress encouraged her fans to get vaccinated. Her post featured a short snippet of when she and her boyfriend Daniel got their second dose against the virus.

The reel-to-real couple were inoculated through the Metro Manila Film Festival’s (MMFF) committee’s program that prioritizes the vaccination of the A4 group including film workers.

Among the celebrities who received their COVID-19 vaccines through MMFF are Ryan Agoncillo and Judy Ann Santos.

In a hilarious social media post, Ryan described his vaccine experience as his “most daring role ever” as he exposed his bare shoulder for the jab.