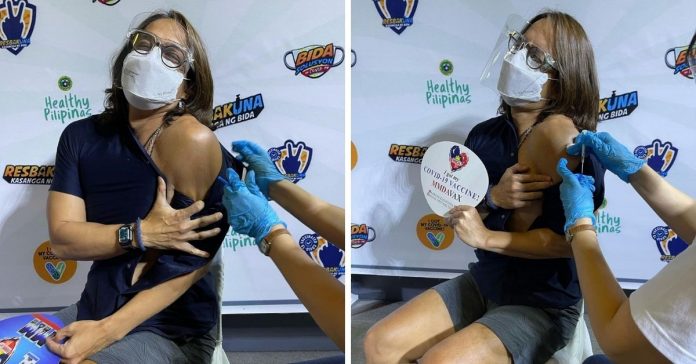 ‘My most daring role ever’: Ryan Agoncillo describes vaccine experience

Ryan Agoncillo described his COVID-19 vaccine experience as his “most daring role ever” in a hilarious social media post.

In the photos, Ryan playfully exposed his shoulder to give way for the jab.

“My most daring role ever. TUROK part 2,” he wrote.

The 42-year-old jokingly warned his followers not to wear a tight polo when it’s their turn to receive the vaccine.

Meanwhile, Ryan’s wife Judy Ann Santos joked she was one-upped by her husband with his off-shoulder look.

Back in June, the celebrity couple received their first jab of the vaccine together. They were inoculated through the Metro Manila Film Festival committee’s program that prioritizes the vaccination of the A4 group including film workers.