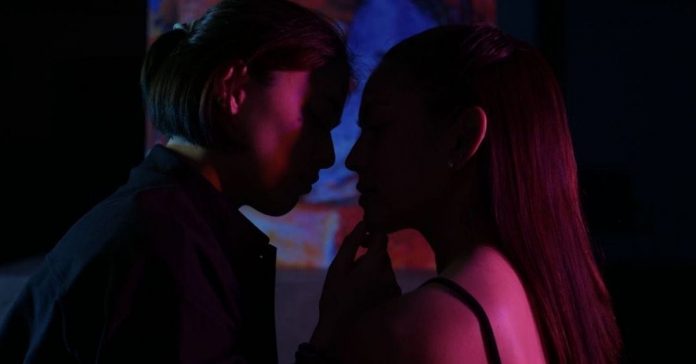 Kylie Padilla and Andrea Torres showed a different side of themselves in the teaser of their upcoming project BetCin.

On Kylie’s Instagram post, she teased fans with a dark photo of her and her co-actress seemingly leaning in for a kiss. While the other photos showed Kylie planting a kiss on Andrea’s forehead.

Just last month, Kylie shared that she already has the script for the first four episodes of the project under Rein Entertainment.

According to the production company’s synopsis, BetCin is all about an online couple on the verge of breaking up. Amid their relationship’s downfall, they received an untimely message indicating that they have been included in a social media game with 10 million pesos at stake.

Andrea Torres grateful as she turns 31