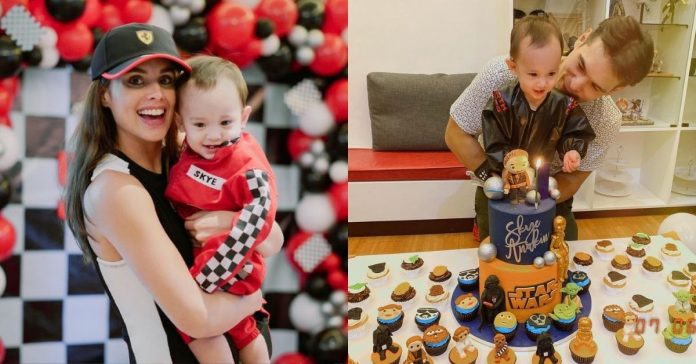 Max Collins and Pancho Magno have broken their silence on breakup rumors following the separate birthday parties they held for their son Skye.

Max and Pancho’s respective social media posts on their son’s birthday celebration drew controversy after netizens were quick to speculate that the married couple have already parted ways.

The Kapuso stars, however, dismissed the split rumors in a GMA interview, explaining that they couldn’t be together for their son’s birthday due to their busy work schedules.

“It was just unfortunate that Pancho couldn’t make it at that time. He had his own party while I was at work,” said Max who shared that her friends threw a surprise birthday party for Skye.

“I really wanted to address the issue kasi Pancho and I have talked about how, for now, he’s giving me time to prioritize my career.

“So I’m so thankful to have a husband who supports me and who understands,” she added.

Max went on to say that she doesn’t have to go into details and want to keep her family life private.

“Now, all we’re focusing on is the fact that (Skye) enjoyed the two parties. It’s sad na we couldn’t be together on that day, but we’re just gonna make (up for it) next time”.