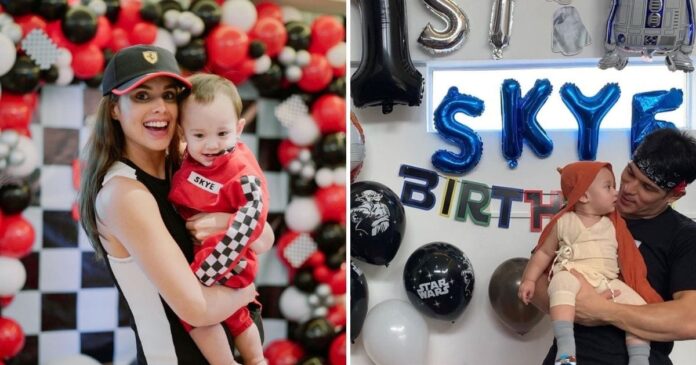 Based from her photos online, Skye’s celebration was attended by his mom’s best friends Janina Manipol, Rhian Ramos and Michelle Dee.

Under the comments section, netizens speculated that the two parents seemed to have broken up already because of their separate parties.

“Seems that they are not together anymore na,” a netizen wrote.

Others replied, expressing how they felt bad for the two’s one-year-old son.

Currently, Max is in lock-in taping for the upcoming GMA series To Have and To Hold while Pancho has wrapped up shooting for romantic comedy series First Yaya.

The Kapuso stars got married in December 2017 after four years of being a couple.

Max Collins is going to be a mom!