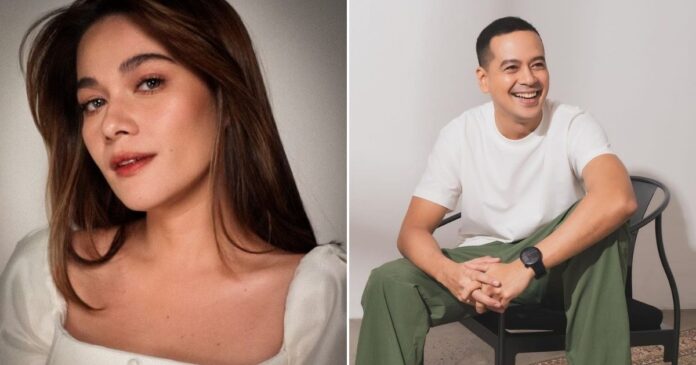 On Thursday, John Lloyd Cruz congratulated his former loveteam partner after her contract-signing as the newest Kapuso star.

In GMA Films president and programming consultant to the chairman Annette Gozon-Valdes’ video on social media, it featured John Lloyd and direk Bobot Mortiz congratulating Bea through a video call.

In the presscon on Thursday, Bea shared more about John Lloyd’s reaction. “Nagkabiruan pa kami, dito ka na rin daw ba? Tapos tumatawa siya, and then he wished me luck and he congratulated me.”

She added, “I miss working with him and he is such a brilliant actor. I love working and sharing the screen with him, and lalo na maganda yung idea na magkakatrabaho kami dito sa GMA, which is a totally different environment.”

Bea officially became a Kapuso on July 1. A day before her contract signing, the network released back-to-back teasers hinting that an “award-winning actress” is their next Kapuso.

While John Lloyd started his showbiz comeback with a TV appearance in the Kapuso network in June.

Bea and John Lloyd were perennial onscreen partners, starring in dramas and movies, at their former home network.