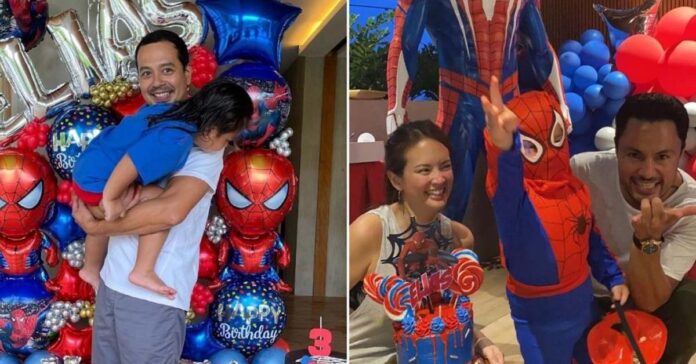 The former lovers’ son celebrated his birthday twice – one with Ellen and her fiancé Derek Ramsay and the other with John Lloyd and his loved ones.

On Instagram, Ellen shared photos from Elias’ Spiderman-themed birthday party at home. The now three-year-old even wore the his superhero’s costume.

Meanwhile, on John Lloyd’s Instagram, he shared the cutest photo of his son with a red balloon.

Maja Salvador, the actor’s friend and manager shared photos from Elias’ Spiderman-themed birthday party with his father’s side.

In one of the videos, John Lloyd was a hands-on dad as Elias tried his best to blow out the candles from his cake.

John Lloyd and Ellen became a couple back in 2017 and separated two years later. The two are currently co-parenting their only son.