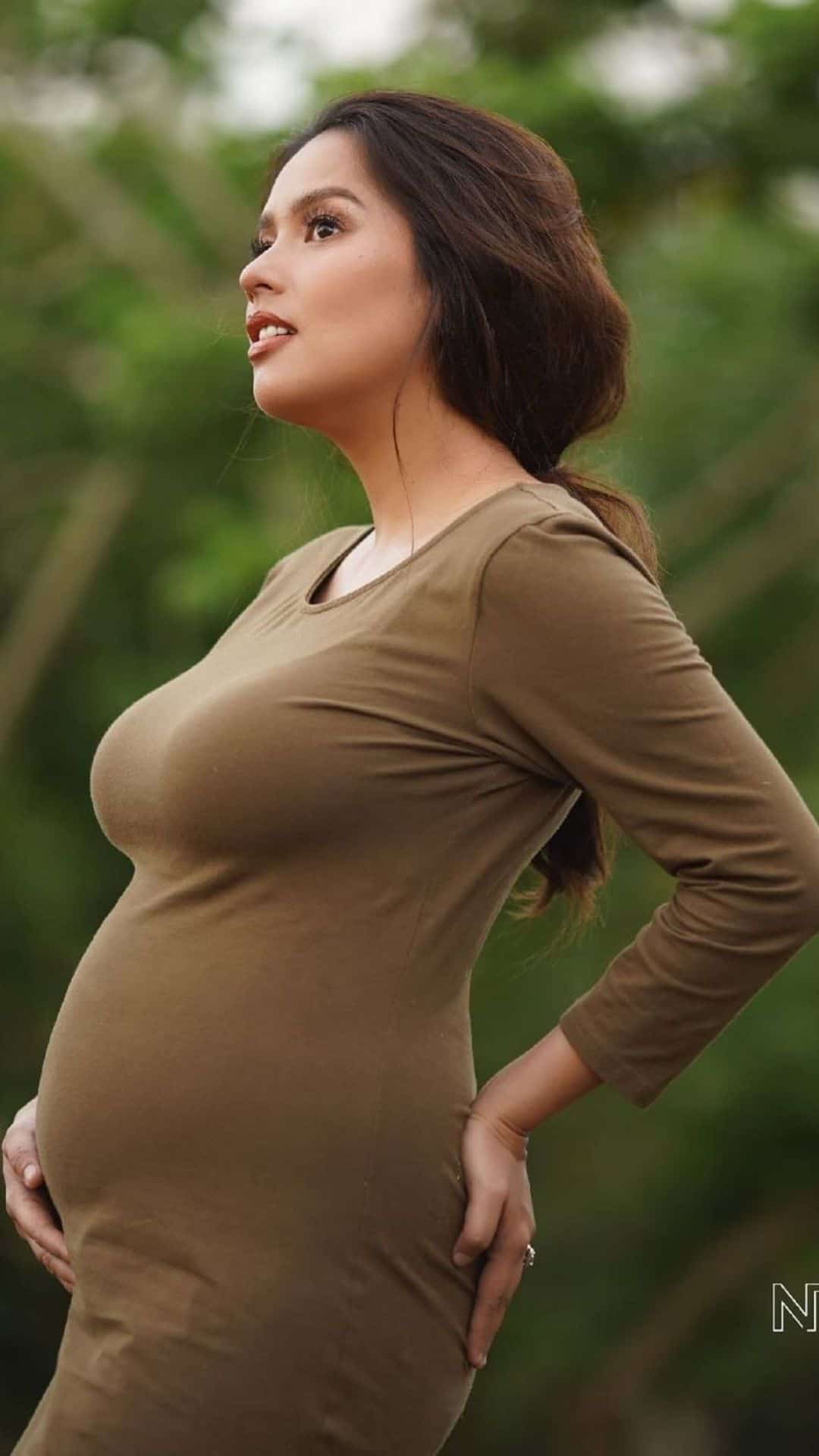 Soon-to-be mom of two Neri Naig is glowing in her nature-inspired maternity shoot.

The actress showed off her growing baby bump as she goes through the second trimester of pregnancy.

Neri made use of her and her husband, Parokya ni Edgar frontman Chito Miranda’s beautiful farm as their shoot location.

One of their photos showed Neri with her eldest child Miguel who was embracing his mom’s belly.

“Excited to be a kuya na,” she wrote in the caption.

On Mother’s Day, Neri and Chito announced that they are expecting their second child.

The actress-turned-businesswoman made the announcement with a beach sunset photo that showed her in swimsuit and flaunting her baby bump.

Neri and Chito Miranda are having another baby boy

Neri Naig is pregnant with baby No. 2!