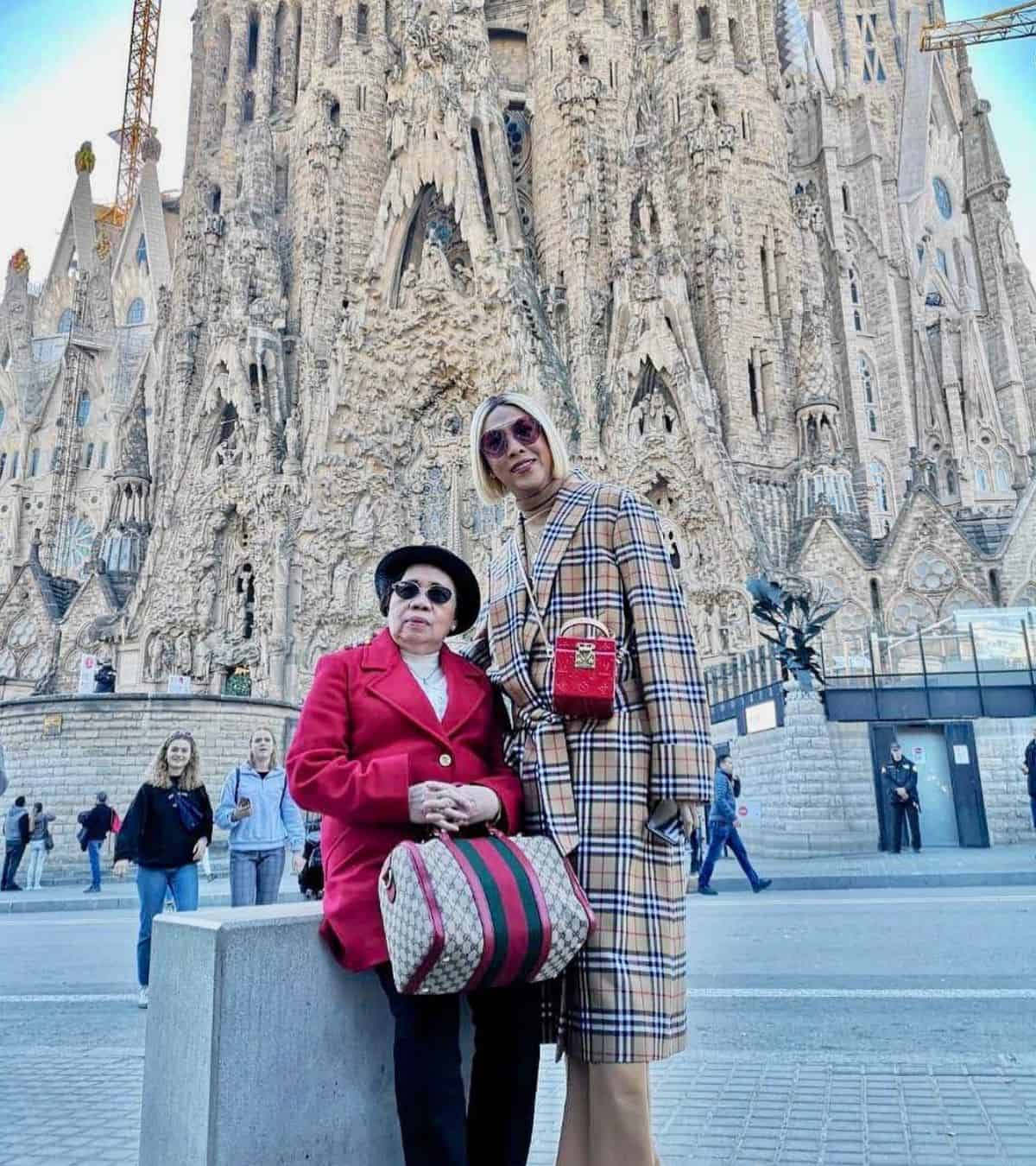 In a most recent vlog, Vice Ganda had a heart-to-heart talk with his mother, Rosario Viceral, about how they overcame past family struggles.

Nanay Rosario also got candid about her wishes for her comedian son amid his showbiz success.

Nanay Rosario cited the example of perfume mogul Joel Cruz, who is also openly gay but decided to have eight children by way of surrogacy.

The 44-year-old star then jokingly asked his mom if ever there’s an actress whom she wants him to have a child with.

But from the light and happy chikahan, the conversation turned serious and emotional as they got frank about their past struggles as a family.

Vice said that everyone knows that he spent most of his growing years without his mom who left for the US to work for two decades. Vice was also in his teens when he also lost his father who was murdered.

The comedian asked if his mother regretted leaving them behind.

Thanks to the work opportunity in the US even if she was only an undergraduate in the Philippines, she was able to send all her children to school. She also thought she would be able to petition her children within two years but plans got derailed because of unexpected changes in immigration laws.

She remembered that the first time she saw Vice again in the US after so many years, her son failed to immediately recognize her at the airport.

Vice admitted that he felt resentment towards his mother in his younger years, especially as he longed to have someone to talk to when he was dealing with gender identity issues.

Eventually, Vice shared, that he understood why his mom had to leave.

“Yung questions ko about my sexuality, di ko alam kanino ko i-explain, and I was developing this anger towards you not because I hated you, but because I didn’t understand.

Rosario pointed out that their relationship improved only because of constant prayers.

She added that she hopes Vice and his siblings were able to forgive her decisions back then.

Looking back, Vice reassured his Nanay Rosario that he is very proud of her and he wouldn’t have it any other way.

Watch their conversation below: