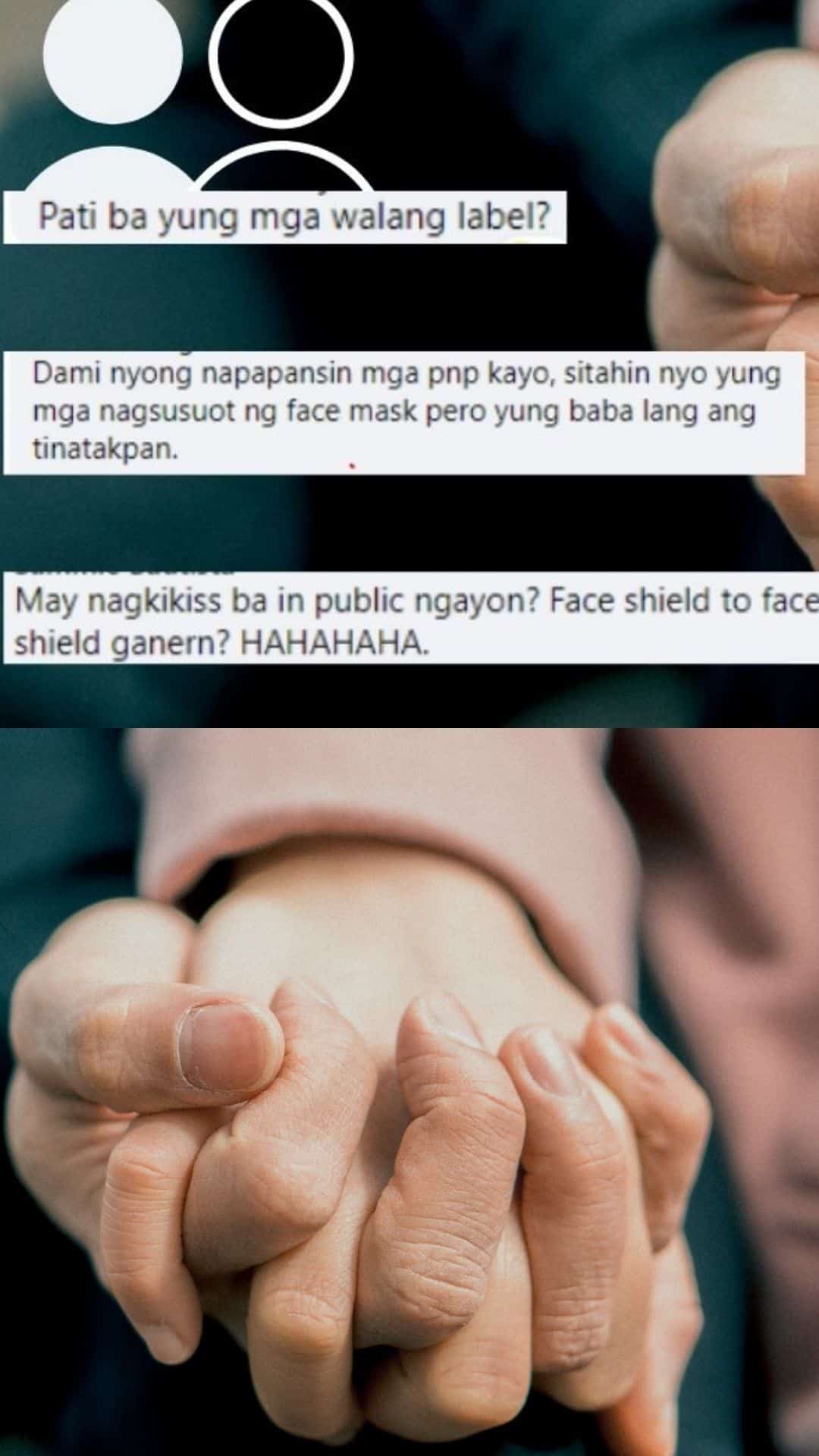 Here’s how netizens reacted after the Philippine National Police (PNP) said that couples, family members and friends are prohibited from engaging in a public display of affection (PDA) amid the rising COVID-19 cases in the country.

One News on Tuesday reported that PNP will be calling out those who will be caught kissing in public, holding hands and embracing one another for violating health and safety protocols.

“If we see them embrace, stay shoulder-to-shoulder and very close to each other, it’s an automatic violation,” PNP spokesman Brig. Gen. Ildebrandi Usana was quoted as saying.

However, those who will be caught violating the policy will not be arrested on their first offense.

PNP’s No PDA rule was met with objection from netizens as seen in the comments of The STAR’s post that asked: “Are you in favor of prohibiting PDA to curb the spread of COVID-19?”

Others called it a nonsense idea, especially if persons caught live under the same roof.

Others pointed out that authorities should be paying attention to more important COVID-related issues and reinforcing the implementation of minimum health protocols such as social distancing, and proper wearing of face masks and face shields in public.

Others, on the other hand, just poked fun at the No PDA policy.

“Single people, let’s celebrate,” read one of the most-liked comments.

In a Philstar.com report, Usana said that he was merely reiterating a previous government advisory and that the PDA prohibition has been there since the COVID quarantine started.

Meanwhile, in a statement on Wednesday, Senate President Pro Tempore Ralph Recto urged the PNP to clarify its announcement because “if all acts of public display of affection are prohibited — harmless kisses, holding hands, hugs — then the rules border on the absurd.”

“On its face, (Usana’s) statement seems to be a police declaration of war on love, and not on COVID,” the senator further said.