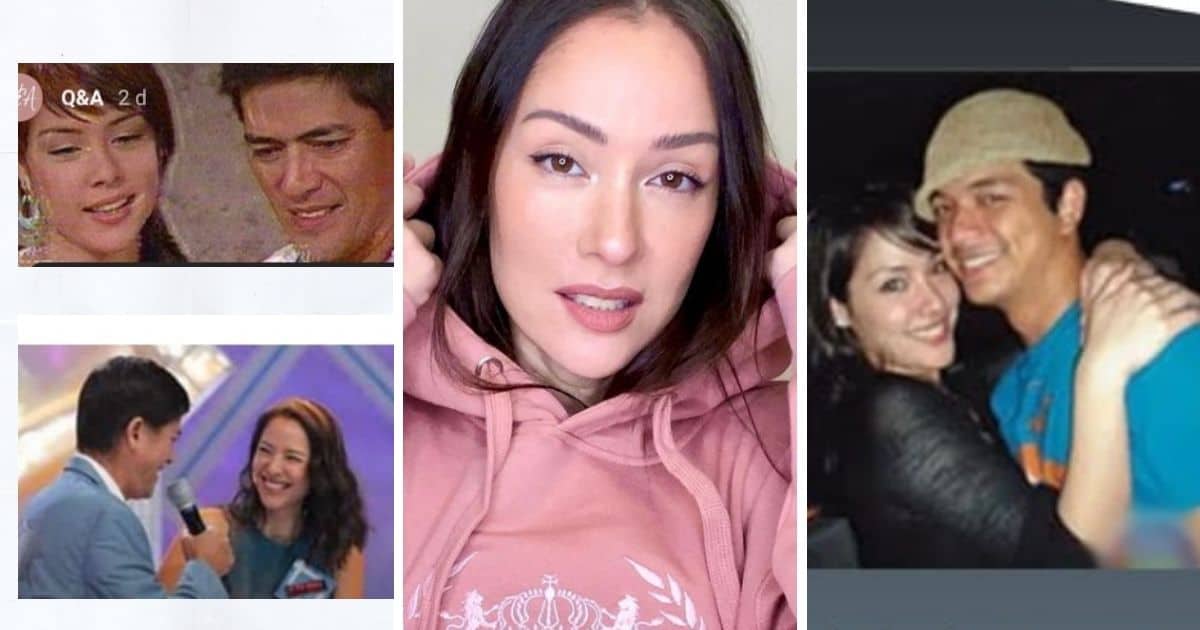 Former model/actress and VJ Cindy Kurleto got real and addressed questions about past romantic links to Vic Sotto and the reason for her breakup with Jericho Rosales.

In a Q&A session with her Instagram followers last Wednesday, January 27, the Filipino-Austrian beauty finally clarified speculation about her relationship with the Eat Bulaga host.

“Is it true Vic Sotto courted you?” one netizen asked.

“No, Vic never courted me, I considered him a friend. We were both in happy relationships during the years we worked together,” replied Cindy alongside throwback photos of her and Vic.

Cindy worked as a co-host in the noontime show from 2006 to 2007. She also became the comedian’s leading lady in the sitcom Daddy Di Do Du.

The former Encantadia (2005) star also revealed how her relationship with Jericho Rosales ended. After dating for almost two years, she “left him for the man who became the father of my children.”

Cindy shared old photos of them together, adding, “Someone, somewhere will not like this post, but I’m not lying.”

Cindy previously shared in an IG story that she met her husband — British-Bajan businessman Daniel Joseph Navalia — when he was living in Manila as an expat.

“(He) had a conversation with our mutual friend to stop trying to find him a match. While driving past my So-En billboard, he repeated the brand name absentmindedly and our friend said: Cindy? I know her, I will invite her to our next party.

“I came without makeup and introduced myself as Cynthia (my real name). We had a nice conversation and exchanged numbers. The next morning, he told his friend: Forget about the Cindy girl, I met someone on my own, her name is Cynthia,” recalled Cindy, who now has two kids with her husband.

Meanwhile, one fan asked Cindy if she’s the kind of person who believes that “honesty is the best policy” following her revelations.

She replied, “That, or silence if you’re not ready.”