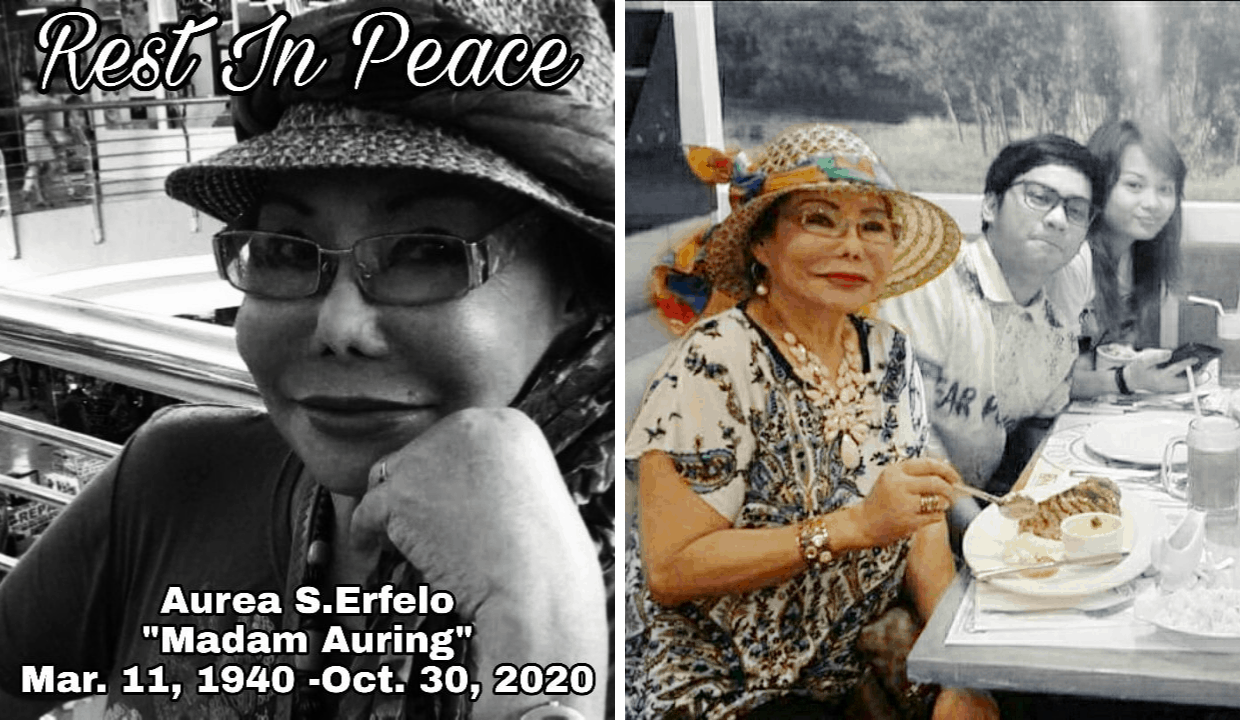 Celebrity fortune teller Aurea Erfelo, best known as Madam Auring, has died at the age of 80, her grandsons announced on social media.

Her grandson Mike Pecson confirmed that she passed away today, October 30.

“Our family chain is broken and nothing seems the same. But as God call us one by one the chain will link again. There are no goodbyes for us lola, Wherever you are, you will always be in my heart,” he wrote.

Meanwhile, her other grandson, Simon Pecson wrote on Facebook about how much he will miss his lola now that she is gone. He shared that several days ago, he even visited her to bring goods.

“Grabe ang pinagdaanan mo during your senior years pero you still worked hard for your family (us). I feel sad and happy,” he wrote.

Madam Auring got her nickname from Muhammad Ali after she “predicted” he would win against Joe Frazier in the Thrilla in Manila boxing event, Simon wrote in a Facebook post.

He added that after her success with Ali, well-known personalities such as Fernando Poe Jr. and Nora Aunor sought her advice as well.

In his post, he included her other popular predictions such as the breakup of Shalani Soledad and former president Benigno Aquino III back in 2010.