Against all odds, Sarah Geronimo and Matteo Guidicelli finally tie the knot! 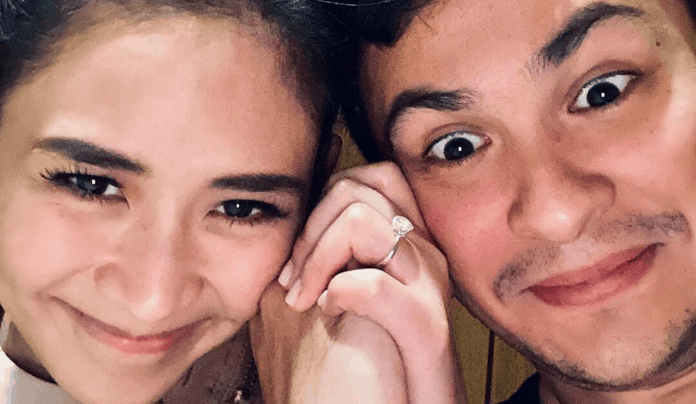 The two have been a couple since 2014. They announced their engagement in November 2019. (READ: Sarah Geronimo and Matteo Guidicelli are officially engaged!)

Fans of AshMatt rejoiced over the news of their idols’ milestone.

A netizen on Twitter wrote: “Congratulations Sarah and Matteo. We pray for your Mr and Mrs. Guidicelli. Regardless of what happened know that God loves you both and will bless you with a beautiful family. Jesus will take care of your relationship.”

Another fan assured her idols that she will be praying for their happiness forever.

“Congrats Matteo and Sarah, you deserve all the love. Godbless #MrandMrsGuidicelli.”

Another netizen was shocked that the news was not fake like many assumed. “Woah! It’s not fake news after all! Happy news!! Congrats @JustSarahG and Matteo!!! Love love love,” they said.

“Congratulations Mr and Mrs Matteo and Sarah Geronimo Guidicelli,” he said on Twitter.

STAR entertainment editor and columnist Ricky Lo broke the news on Thursday morning that Sarah and Matteo will be tying the knot that day (READ: Sarah Geronimo, Matteo Guidicelli to wed today?).

He mentioned that a source said the wedding will be “so hush-hush” and that “Matteo’s family will be present.”