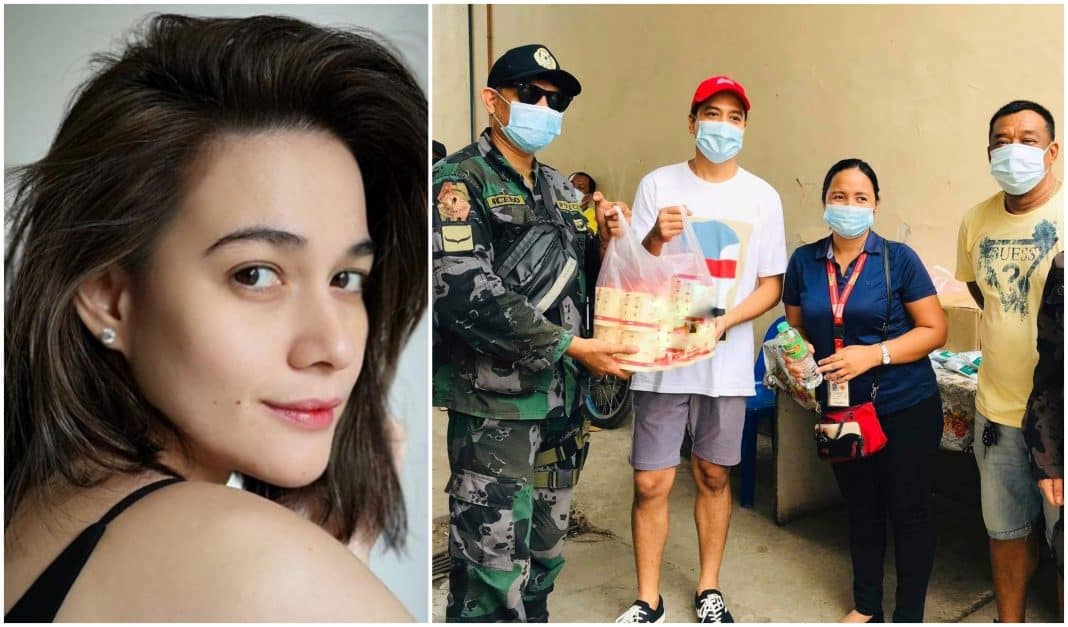 Bea Alonzo can’t help but feel proud of what John Lloyd Cruz is doing for COVID-19 frontliners in Cebu City.

“Proud of you,” said the actress, who tagged her former screen partner’s Instagram handle @dumpsitegallery while flexing a fan’s post that showed him distributing food packs.

According to The STAR’s Cebu-based sister publication The Freeman, the Kapamilya actor who’s on leave from showbiz donated food packs to the frontliners in Barangay Guadalupe, Cebu City where he has been staying since the lockdown.

Cruz has also reportedly been active in plotting programs with the barangay that can possibly help young people in the community.

He also earlier donated boxes of vitamins and medicines to the barangay as promised.

Last month, the actor went viral after he was spotted at the Guadalupe barangay checkpoint, asking local officials what kind of assistance he could give to residents in need amid the COVID-19 crisis.

John Lloyd has reportedly chosen to spend the lockdown in the queen city of the south to stay close to his son Elias Modesto.

Meanwhile, Bea is herself busy doing relief work such by donating food packs and medical supplies through the I Am Hope organization that she set up with her friends.

With the help of donors, Bea and friends were able to generated at least P9M as of this week for their beneficiaries.