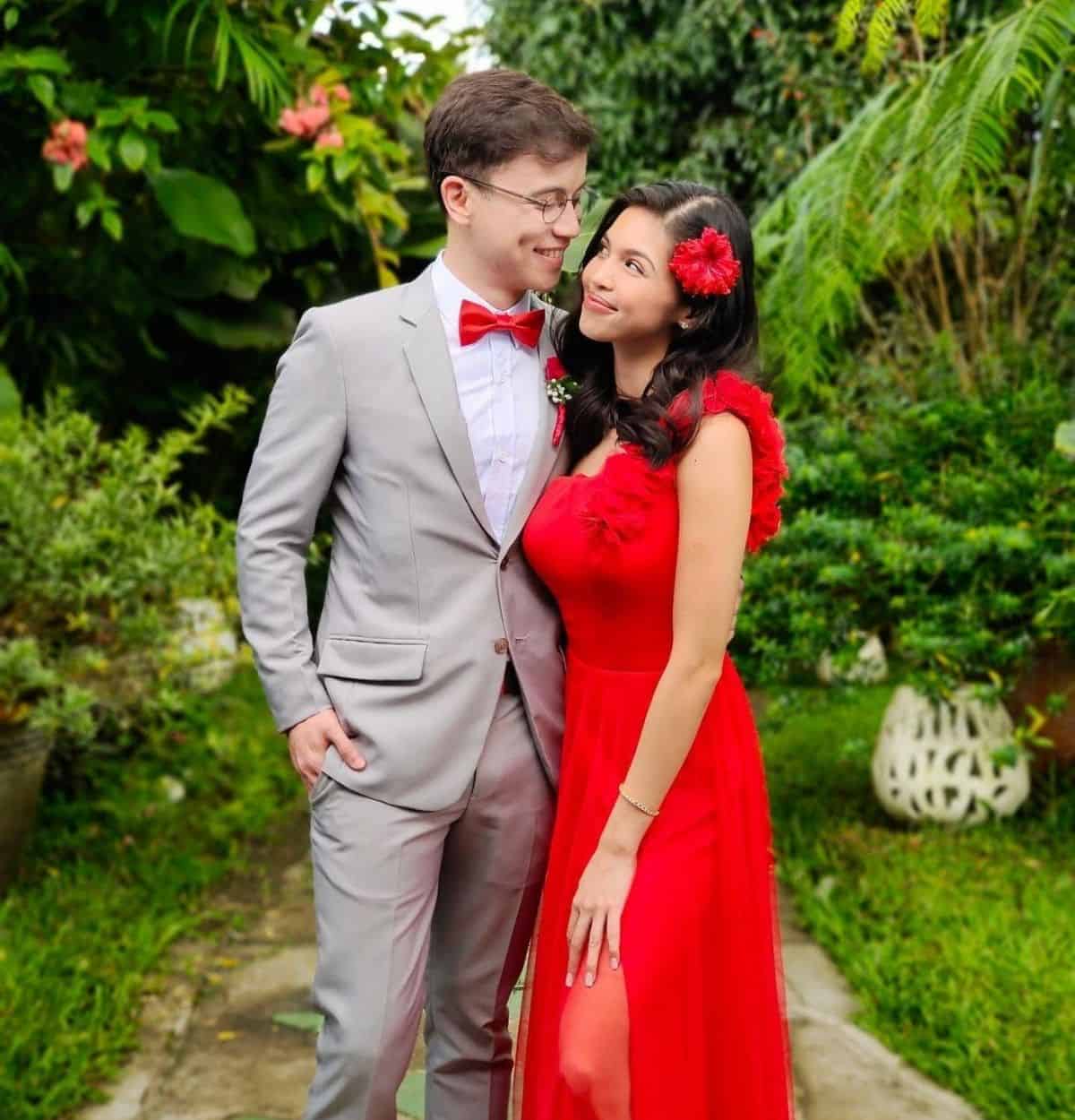 Maine Mendoza rarely posts photos of her with boyfriend Arjo Atayde but when she does, they’re guaranteed to be the cutest snaps!

The two attended the actress-host’s brother’s wedding on Thursday, January 21. Maine had a Latina vibe going on as she wore a beautiful bright red gown and paired with a flower behind her ear. Arjo wore a gray suit with a red bow tie to match his girlfriend’s dress.

“Yesterday’s look for my brother’s wedding,” Maine wrote as the caption.

In one of the photos, the happy couple posed, lovingly looking at each other while smiling from ear to ear.

Her friends and followers on Instagram all showed love for her kilig post with emoji hearts in the comments.

Back in December, Maine and Arjo celebrated their second anniversary with a beach getaway in El Nido, Palawan.