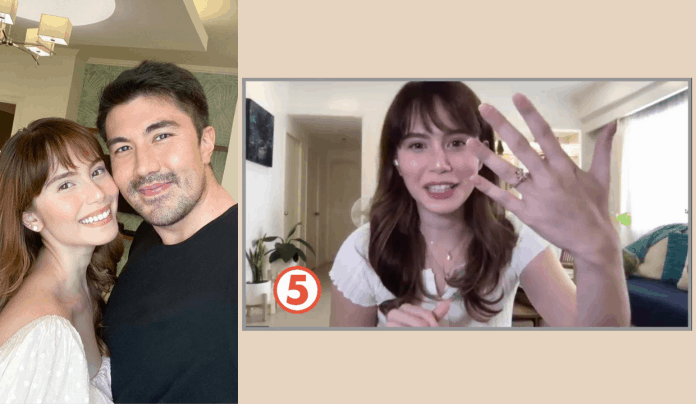 Jessy Mendiola has opened up on the story behind the promise ring given to her by long-time boyfriend Luis Manzano.

The host of TV5’s new lifestyle show Fit for Life revealed that Luis gave her the promise ring — initially speculated as an engagement ring — two years ago.

Back in 2019, talks of the couple’s hoped-for engagement made showbiz headlines. In past interviews, Luis said he is only waiting for Jessy’s go-signal.

In a virtual press conference on Tuesday, Jessy gushed over how the ring meant that her boyfriend respects her time.

“It’s a great feeling na, alam mo yun, na you know he respects my time, yung timeline ko nire-respeto niya, mga plano ko sa buhay ni-rerespeto niya, and he was there all the way, and sobrang thankful ko lang kay Luis because he’s been so patient,” she said.

The 27-year-old actress-host continued on to share that her ring represents the experiences they’ve been through.

“It’s not about the ring lang eh. It’s the meaning behind it and yung mga experiences na napagdaanan namin together, and I’m very very happy na he treasures everything sa relationship namin,” she said.

When asked if she feels any pressure to finally tie the knot with her boyfriend of four years, Jessy assured that everything will happen at the right time.