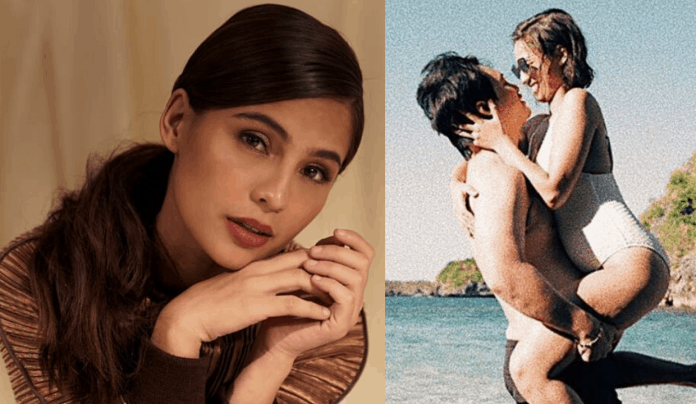 Kapuso actress Jasmine Curtis-Smith laughed off pregnancy rumors anew after netizens made comments about her tummy due to a recent photo she uploaded on Instagram.

Jasmine couldn’t help but react “Lol guys, I’m not!” after her beach photo with boyfriend Jeffrey Ortega was flooded with speculations of her being pregnant.

Here are the reactions of some netizens.

Other netizens defended the actress.

Last October 2019, the actress also denied being pregnant, explaining that she was just “bloated and busog lang from adobo” at the time.

Another Curtis-Smith is very much pregnant though and it’s her older sister Anne who is due to give birth in March.

Jasmine recently starred in the Metro Manila Film Festival 2019 entry Culion and will soon appear in the Filipino remake of the hit Korean drama series Descendants of the Sun.

Previously, actress-dancer Ella Cruz was also accused of being pregnant after uploading a dance cover video which saw her wearing a top that exposed her stomach, prompting netizens to fill the comments section with bun-in-the-oven questions.