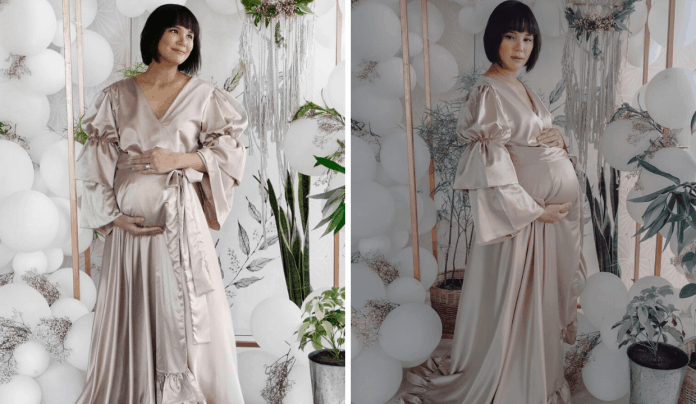 As they prepare to meet another bundle of joy in their family, celebrity couple Isabel Oli and John Prats relied on their creativity to be able to push through with an at-home maternity shoot.

The soon-to-be mommy of three shared that despite the COVID-19 pandemic and its restrictions, they still chose to be creative and productive.

“Consider this a part of the new norm, but I’m really praying and hoping for change and miracle. Instead of idly waiting for the medicine and vaccine of COVID-19, we have a choice to be creative and productive, right? And this is us, the Pratties, squeezing our creative juices to make this photoshoot come to happen,” she wrote.

The 38-year-old continued to share that her maternity shoot was only done in their garage. Her husband and his sister Naomi Prats were in charge of taking the photos while she did her own hair and makeup.

“Say, teamwork!!! I’m so used to having my own glam team, stylist, photographer and studio. So imagine how overwhelmed we were while doing the shoot, but it was all worth it. I would say that it made it all the more special — doing it with people who matter to me. So going to share with you some photos of my hubby and sissy took,” she said.

The couple announced that they will be having another child last July. They made the big reveal on their respective Instagram accounts.

“In the thick of what’s happening, don’t forget to still count your blessings. We happened to have one big blessing that we all would like to share to you,” Isabel wrote.

Early June, they revealed that they will be having another girl in their family.

Isabel and John tied the knot back in 2015. They have two other children – Feather and Freedom.

Isabel Oli shares birthday wish is a COVID-19 vaccine that...