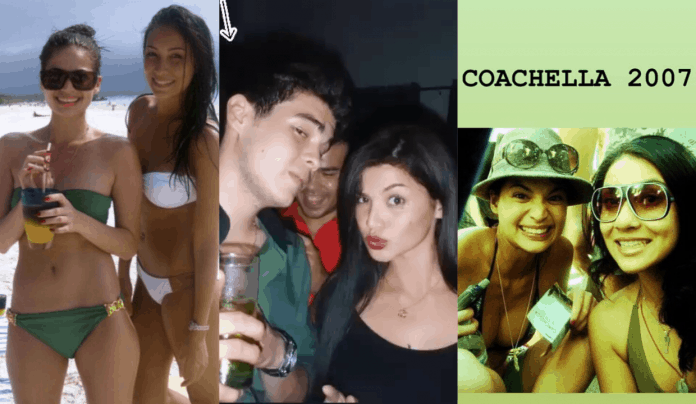 Anne Curtis took her Instagram followers on a stroll down memory lane. The actress and television host said she went through her old tagged photos and realized how important it was to capture moments of our lives.

Her first photo was with sister-in-law Solenn Heussaff. The two are seen in their bikinis, enjoying drinks in Boracay. Anne’s photo from 10 years ago is completely different from her and Solenn’s recent photos where they’re both showing off their baby bumps.

Solenn gave birth to her firstborn on January 1, while Anne’s due date is in March.

The next photo was during Anne’s ASAP days. She was joined by Iya Villania, Shaina Magdayao and Maja Salvador. “Yung kulang kami sa accessories,” she said referring to their outfits from years back.

Of course, Anne had her fair share of late night outs with her friends.

As proof of her lifelong friendship with television host Luis Manzano, she shared a photo of them from more than a decade ago.

It’s not a surprise that Anne attended the famous music festival Coachella before it was even cool.

In 2008, Anne played Cielo, a goddess on Earth, in the TV series Dyosa.

According to Anne, this one’s a gem in her collection of throwback photos. “Probably one of the first few times if not the first time I met you while you were in the country @erwan,” she wrote along with a photo of her and husband Erwan Heussaff in 2008.

She ended her trip down memory lane with the realization of how important it is to take photos.

“Decided to look at all my old tagged pics hence all the posts. Dami pa nyan. So nice to go down memory lane. Also made me realize the importance of taking photos. All these pics were taken using DIGICAMS FYI,” she wrote.