‘Too cute!’: Netizens react to Catriona Gray lip-syncing to I Have Nothing with feelings 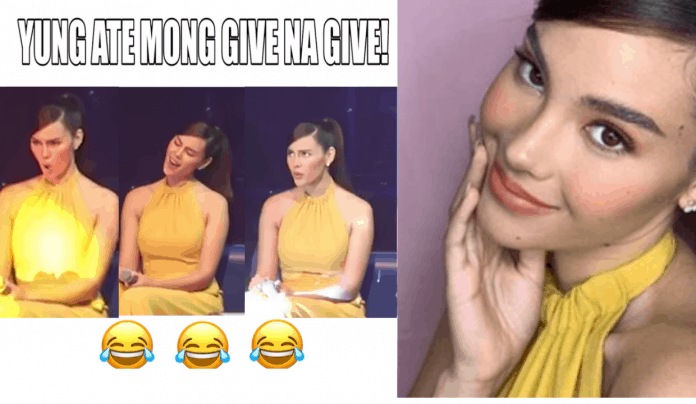 Netizens are finding a video of Miss Universe 2018 Catriona Gray lip-syncing too adorable and and showering it with “cute” and heart comments.

In the 55-second clip uploaded by Cornerstone Entertainment, the It’s Showtime co-host was caught mouthing the lyrics of I Have Nothing by Whitney Houston with feelings, while a Tawag ng Tanghalan contestant was singing the song.

Here are some of the netizens’ reactions:

This is not the first time though. Here’s a throwback video of the beauty queen gracefully swaying and dancing to the tune of Neyo’s Miss Independent during the Miss Universe 2018 coronation night.

Catriona was recently welcomed as a co-host in the Kapamilya noontime variety show It’s Showtime, gracing the segment Tawag ng Tanghalan and the newly launched Mini Miss U.

According to a Philstar.com report, her first week in It’s Showtime as co-host was “both rewarding and challenging.”

She is also taking the hosting stint as an opportunity to learn and grow.