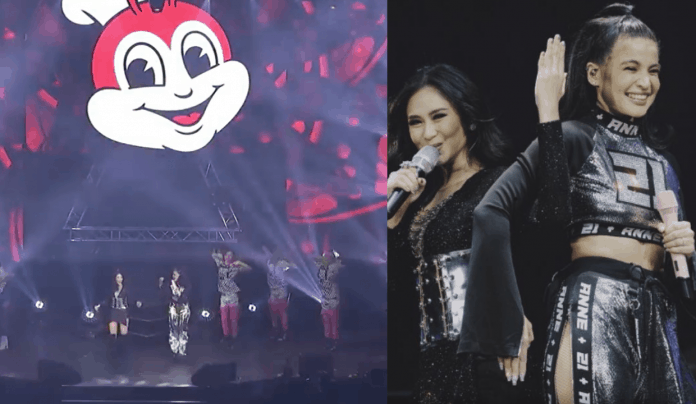 Even if she’s on a maternity leave, Anne Curtis managed to have an entry to the #TalaDanceChallenge — a throwback video of her and Tala hitmaker Sarah Geronimo performing the addictive song that now seems to be the nation’s dance anthem.

Last Sunday, musical variety show ASAP Natin To! held the “Grand Tala Day” or a dance festival joined by celebrities and netizens who went viral for their dance covers, as well as the Tala Nation participants from different parts of the country.

On the same day, Anne expressed her desire to join the event that reminded her of her past Tala performance with Sarah G.

“Just watched the TALA celeb on ASAP!!! I want huhu! Pero paano? Baka magmukha akong ewan! I remember the mash up Sarah and I did at my concert!!! So funny! Super surprise yun!!” she tweeted.

She then shared the full video of their throwback performance during her Anne-Kulit concert last year, in celebration of her 21st anniversary in showbiz.

“Since I can’t do my own cover just yet kasi baka bigla akong manganak. Hahahaha,” said Anne in one of her social media posts.

Anne mentioned that it was a “surprise mashup” she did with her fave pop star.

The Tala dance number shocked Sarah Geronimo after Anne segued the hit song’s chorus to the jingle of a fastfood chain they both endorse that was released earlier in 2018.

The actress couldn’t stop admiring Sarah, saying, “I was so excited, nervous and happy (obvious naman sa mukha ko) to share the stage with her! You’ll see her prowess when she does her thang on stage!!!!! NAPAKAGALING! Haaaaay!”

Nevertheless, the actress-host, who’s set to give birth sometime in March, hinted at a possible Tala dance cover.

We’ll be waiting for it, Anne!