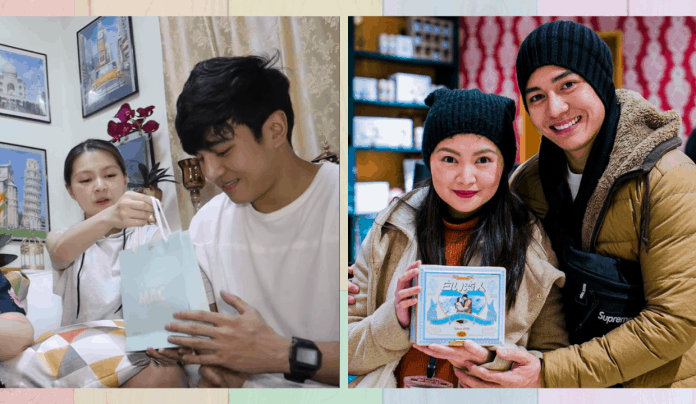 What are Barbie Forteza and Jak Roberto’s Christmas gifts for each other?

Kapuso couple Barbie Forteza and Jak Roberto finally did the Christmas tradition they weren’t able to do last year.

The two became viral last December 2018 following GMA reports that they would not be exchanging gifts for Christmas.

Instead of buying gifts for each other, Barbie and Jak both agreed to spend Christmas and have noche buena with their respective families.

The report then elicited mixed reactions on social media.

Some netizens found it annoying and “not newsworthy” at all. Some just played along with it, even JakBie (Jak and Barbie’s loveteam).

But after netizens’ “demand and requests,” JakBie gave in and finally exchanged gifts — a kiss on each other’s cheeks.

This holiday season, the two decided to give each other presents for Christmas.

After buying presents at the mall, the couple sat down with Barbie’s mom and dad, and revealed the items they purchased.

Since Jak is now into vlogging, Barbie gave him vlogging essentials including a universal microphone and a magic mouse.

Barbie, on the other hand, received a beautiful angel design gold necklace from Jak.

The actor was also generous enough to buy Barbie’s mother stuff she lost after they got into a “Basag Kotse” incident recently.

He also gave Barbie’s father a pair of jeans and t-shirt.