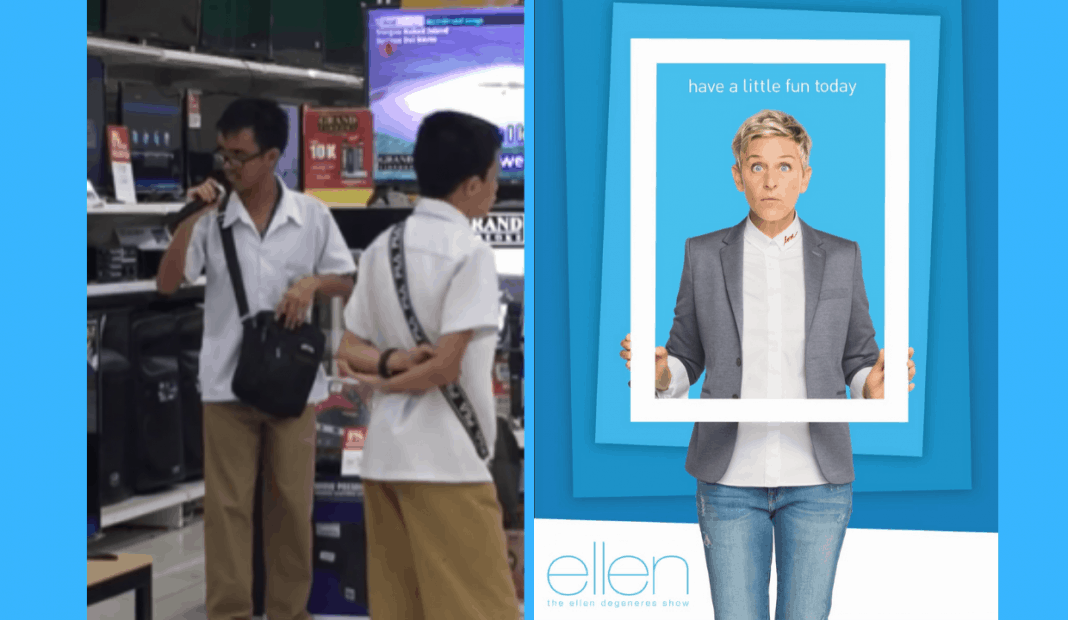 The viral blind balladeer just got an invite from the American TV program The Ellen DeGeneres Show.

Pinoy student Carl Malone Montecido, who sent the online world abuzz with his impressive rendition of Sam Smith’s Too Good at Goodbyes at a Bacolod mall, will soon be featured on the show hosted by actress-comedian Ellen DeGeneres.

The video of Carl singing to the award-winning British singer’s song uploaded on Facebook has now 13 million views, 386,000 shares and 43,000 comments to date.

Sam Smith, himself, couldn’t help but gush at Carl’s talent and said, “Who is this kid!!!!? You are out of this universe whoever you are.”

Carl was a former contestant in It’s Showtime’s Tawag ng Tanghalan way back 2016.

Marcelito Pomoy and TNT kids were the other Pinoys who got to showcase their talent in the popular talk show.

Amid the attention he’s getting online, Carl told ABS-CBN News that he had never considered his being blind as a hindrance to his dreams; instead, he’s using it in hopes of setting an example for others.