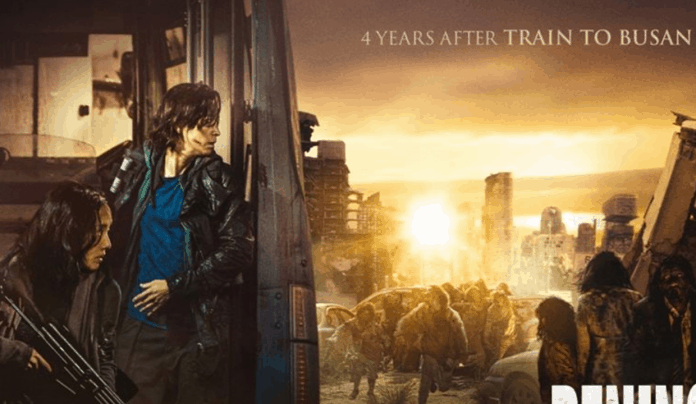 Train to Busan sequel Peninsula to hit cinemas this 2020

Peninsula, the highly-anticipated sequel to the South Korean hit zombie film Train to Busan, is going to hit the theaters soon.

Distributor NEW on Friday unveiled the first official posters for the upcoming movie, which is expected to be released in August.

According to a Korea Herald report, film director Yeon Sang-ho said Peninsula will take place at the same setting as the first film, “four years after the zombie outbreak that devastated the Korean Peninsula, revolving around survivors.”

Released in 2016, Train to Busan starred actor Gong Yoo who played the role of Seok-woo — a  father onboard a train with his daughter whose lives are threatened after getting trapped during a zombie outbreak in South Korea.

Train to Busan is considered as the most successful Korean zombie film to date, with a total gross of $93.1 million worldwide.