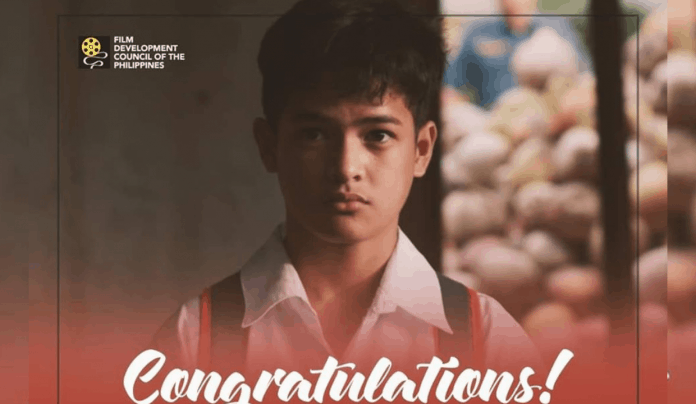 The movie starring Jansen Magpusao and Meryll Soriano follows the story of a 14-year-old boy whose life turned upside down after a video of him bullying his classmate went viral.

Three of the nine major awards for the Fiction Film category belonged to the Filipino drama film directed by Arden Rod Condez including the Special Jury Award, the Critics Award, and the Audience Award.

In a Facebook post, director Condez thanked the people who sent in their congratulations for the film’s newest achievement.

“What an experience, Vesoul! Merci, Jean-Marc, Martine, Bastian, the staff and crew, and all the people in Vesoul who made a Filipino film their favorite this year,” he said.

Aside from being named the Best Film, it also took home awards such as Best Editing, Best Cinematography, Best Original Music Score and the Best Actor for Jansen Magpusao, who played the title role.

The film also won Best Project at the 5th Hanoi Film Festival in Vietnam in 2019. It was also a nominee in the 24th Busan Film Festival’s Best Film category.