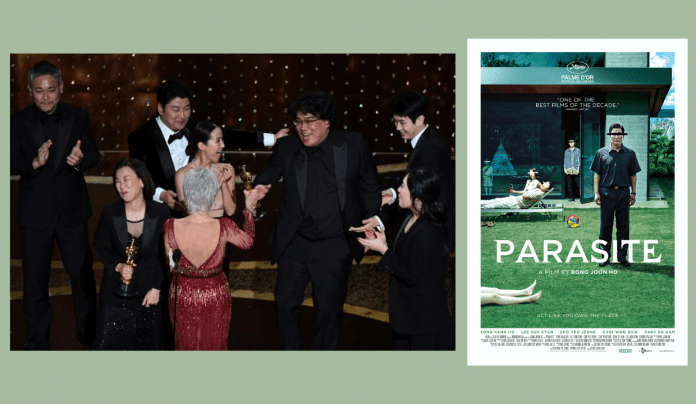 Parasite concluded the awards season with a history-making feat as it took home the Oscar for Best Picture at this year’s Academy Awards.

Other films nominated for the category are: Ford v Ferrari, Jojo Rabbit, The Irishman, Joker, Little Women, Marriage Story, Once Upon a Time in Hollywood and 1917.

Upon receiving the award, producer of the film Kwak Sin-ae emphasized that their win is a “very opportune moment in history.”

She continued on to express her gratitude and respect to the members of the academy for their decision.

The dark comedy film also won the Oscar for Best International Feature Film, a category which was formerly known as Best Foreign Language. Director Bong Joon-Ho said he applauds and supports the new direction that the change symbolizes.

“I’m ready to drink tonight,” he joked as he held up the trophy.

The film also won Best Screenplay and the Best Director for Bong Joon-ho.

His critically acclaimed work also took home the award for the Best Foreign Language Film at the 77th Golden Globe Awards where he encouraged moviegoers to explore international films.

“Once you overcome the one-inch tall barrier of subtitles, you will be introduced to so many more amazing films,” he said.