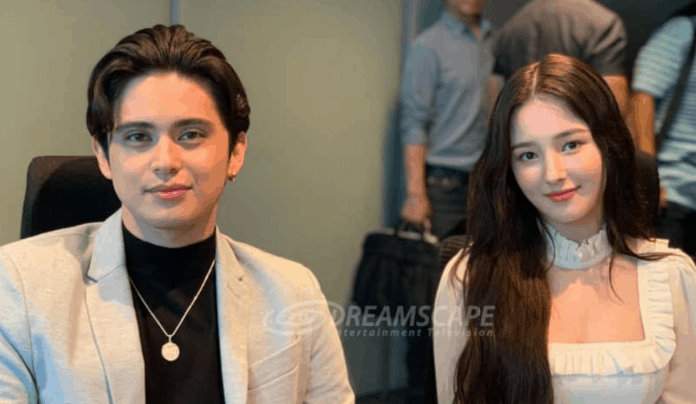 Nancy Jewel McDonie of Kpop girl group Momoland has confirmed that her project with Kapamilya actor James Reid will be pushing through.

Nancy and James will be pairing up in an upcoming TV series titled Soulmate Project, which will start filming in February.

The show was first announced to the public last October 2019 by Dreamscape Entertainment.

In an interview with ABS-CBN, the Kpop star shared some updates about the project which will be directed by Antoinette Jadaone.

Nancy said that she has already begun workshops as preparation for her role.

“I started doing workshops before (when I was last here in Manila) .Now, there are some workshops planned with James in the future,” she told ABS-CBN showbiz reporter MJ Felipe.

Nancy also revealed that the series will be shot both in the Philippines and Korea.

“I’m going to stay here (in Manila) for a while. It’s planned in Korea, too,” she shared.

The rest of the details are still top secret. Nancy said, “I can’t tell you much, but I can tell you that my character is Korean-American who lives in the Philippines.”

The Kpop artist shared her excitement over her Philippine TV debut with Filipino fans and thanked them for the support.

“I actually saw a lot of comments and people really are happy about this (series), so I’m really happy for you guys, too. Thank you. This is awesome,” she said.