First trailer for Pinoy remake of Miracle in Cell No. 7 wows celebrities 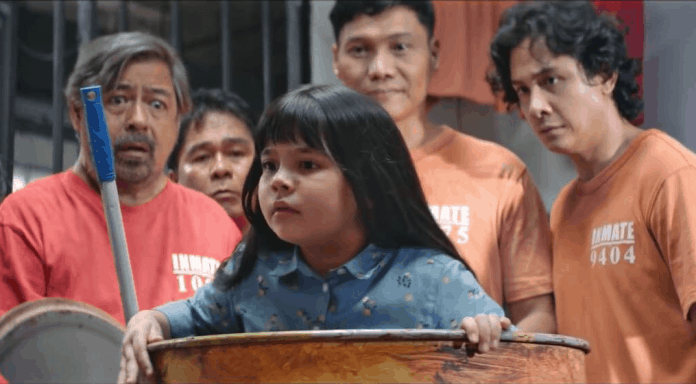 The Philippine remake of the South Korean film Miracle in Cell No. 7 is finally out!

Starring in the Metro Manila Film Festival (MMFF) 2019 entry are Aga Muhlach, Bela Padilla and Xia Vigor. The heartwarming drama film focuses on the life of a wrongfully convicted mentally challenged man who cannot bear to be separated from his daughter. His fellow inmates help him sneak his daughter in prison.

In just over 16 hours since its release, it has collected 7 million views across social media pages.

Yesha, the daughter in the film, was supposed to be played by actress Nadine Lustre but due to a medical condition, Bela Padilla will be playing her role instead.

The film is one of the first four entries to be announced along with Mission Unstapabol: The Don Identity, Momalland and Kampon which was then replaced by the Carmina Villarroel starrer, Sunod.

The rest of the eight-film roster are Mindanao, Write About Love, 3pol Trobol Huli Ka Balbon and Culion.

Miracle in Cell No. 7 is set for the big screen on Christmas Day, December 25, the start of the Metro Manila Film Festival.

‘Slow and fast’: Bela Padilla opens up on how her...