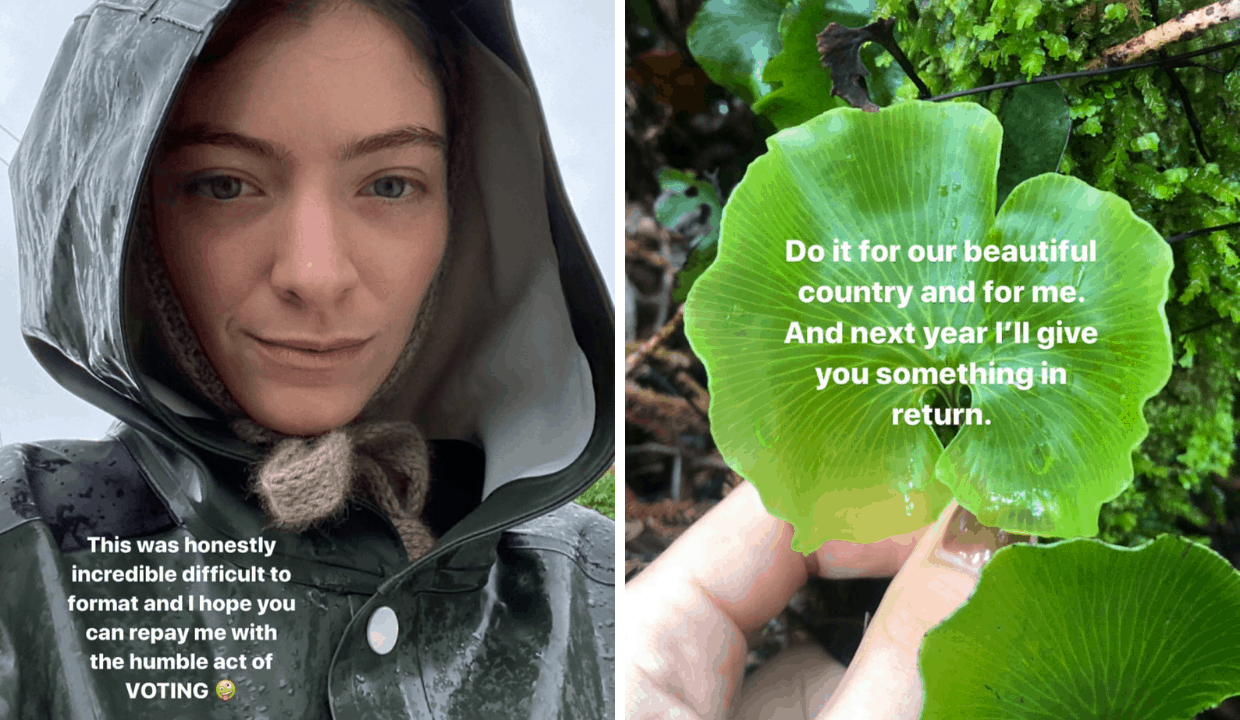 “The Lorde has risen.”

Singer-songwriter Lorde broke her social media silence after asking her fellow New Zealand citizens to vote in their upcoming election this October. Her last Instagram post was back in April 2018.

The Royals and Green Light singer encouraged her fans to vote in exchange for “something” in return. Many of her fans suspected that the artist is hinting on releasing new music next year.

In a series of Instagram stories, she asked her fans who are 18 years old and above to add their voices to the conversation and speak up for communities and organizations that mean to them.

“Do it for our beautiful country and for me. And next year I’ll give you something in return,” she said.

“Lorde is coming to save us,” a Twitter user wrote.

Lorde made her last music release in 2017 with her second album Melodrama.