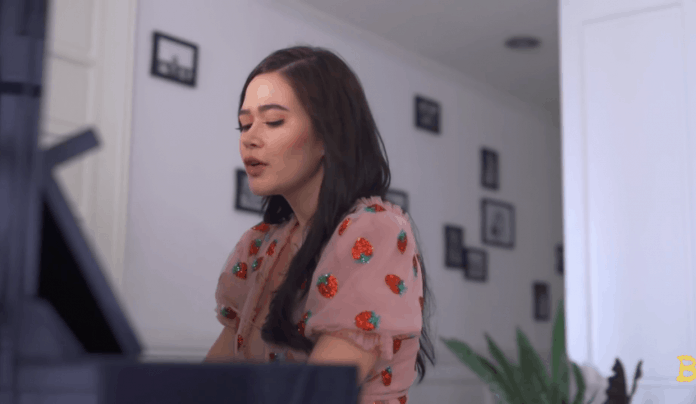 Actress Bela Padilla released a quarantine love song she wrote herself on her YouTube channel.

She showcased her songwriting skills with the new song titled Nighttime.

The On Vodka, Beers and Regrets star said the single “perfectly describes what it’s like to be in love and then to fall out of it in a quarantined summer.”

Her good friend singer-songwriter Marion Aunor created the melody for the lighthearted song.

In the video, Bela donned the internet famous strawberry dress by Lirika Matoshi.

Early August, the Kapamilya Star was nominated for Best Actress award at the 15th Seoul International Drama Awards this year.

She was nominated for her portrayal of Juris, the conflicted lawyer in the 2019 TV drama series Sino Ang May Sala.