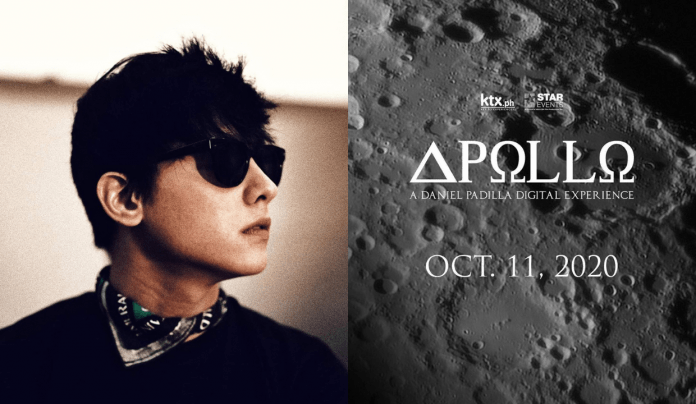 Daniel Padilla became a trending topic on Twitter after he announced that he will be having an online concert on October 11.

The actor made the announcement on his Instagram on Thursday afternoon.

“Walking on the Moon,” his caption read.

His photo indicated that his online event titled Apollo is a Daniel Padilla digital experience with ABS-CBN’s KTX.ph.

It’s a ticketed online concert, based on Daniel’s “no” response to a netizen’s question if the ticket prices will make them cry.

Since announcing his show, fans of Daniel couldn’t help but express their excitement over the news. #APOLLODanielPadilla landed the 4th spot on Twitter Philippines’ top trending list.

Are Kathryn Bernardo and Daniel Padilla starting a new project...